The Guardian: Fear of Default Grows in Greece 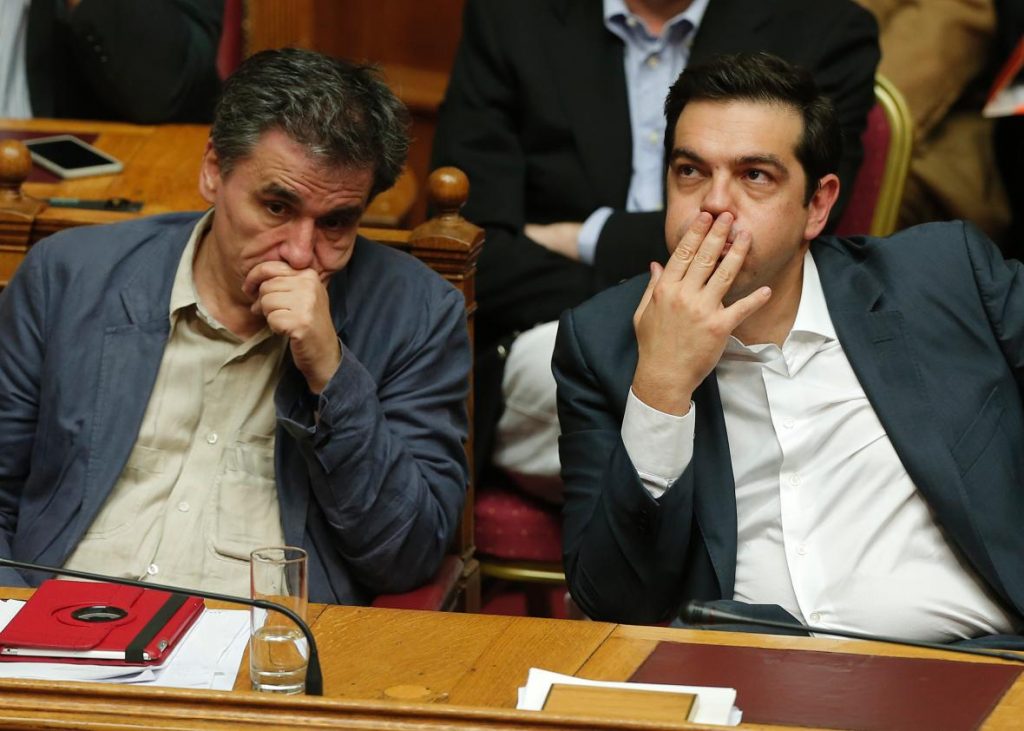 The fear of default has appeared again in Greece, after talks between Athens and lenders on the bailout program review have stalled over the new contingency measures creditors require, says a report on The Guardian.
“The review that should have been completed months ago has been beset by wrangling as Alexis Tsipras’ leftist-led government has argued with lenders over the terms of a bailout agreed last summer,” says the report.
The endless talks and the continuous postponements of the review completion have brought back a sense of crisis. “Yields on government bonds have risen, protesters have taken to the streets, and “Grexit” – the catch-all word that so conjured up Greece’s battle with economic meltdown – is being murmured again,” Helena Smith, the report’s writer continues.
The fact that Greece has to repay a total of 5 billion euros to the European Central Bank and the International Monetary Fund in June and July has financial analysts to speak of a “fatal miscalculation”.
“After defying the doomsayers, there are fears Europe’s most indebted country could now be heading towards a disorderly default,” the report continues.
The Greek government will try to use as a negotiating tool the Eurostat figures that were released on Thursday showing that Greece has attained a better-than-anticipated primary budget surplus in 2015. “Greece, which has a primary surplus of 0.7 percent, does not need extra measures. What Greece needs is an essential debt relief,” Tsipras told Euronews. “We must move forward and finally overcome this crisis.”
Athens wants to complete the review so that debt relief talks commence and the much-needed next loan tranche of 5.7 billion euros is disbursed.

However, time is running out and the funds might not be released in time if the review delays much further. “Analysts say it is vital the review is wrapped up in May before Europe gears up for the UK referendum on EU membership. The risk of ongoing talks spilling into a crisis in the banking system will grow if that is not achieved,” the Guardian report says.

When Mytikas, the Peak of Mount Olympus, was Finally Conquered