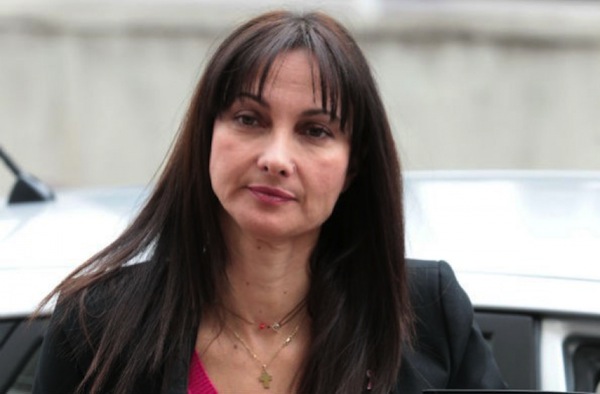 Greek Culture Minister Elena Kountoura refuted accusations on Monday by budget airline Ryanair that she has ignored numerous letters and pleas from the company to reduce an airport tax imposed on all airline tickets, saying that such decision lies with the ministries of Finance and Transport.
Kountoura said the airliner has indeed requested repeatedly from numerous governments to reduce the airport levy and cut it altogether for Kos, but noted that she explained to the company representative that such a request will have to be raised with the competent ministries which have the authority to alter taxes.
“I have previously thanked Ryanair’s representative and I thank him once again publicly for his intention to bring an extra five million passengers to Greece, in the next few years. And, of course, I stressed that I support any action that makes tourism in our country more competitive,” she said.
In an interview published in Greek newspaper To Vima on Sunday, Ryanair’s Chief Commercial Officer, David O’Brien, announced the Irish company would cut the summer season flights to Greece two months earlier than planned, starting with the island of Kos. Ryanair’s decision would leave Greece without eight flights per day and two months before the end of the season, he said.
The CCO said the airliner had proposed since early 2014 that the government reduces fees and taxes in the low season, and exempts small airports from the Airport Modernization and Development levy which amounts to 12 euros per passenger, for five years. It also proposed reducing the same tax by 50% for Athens’ International Airport. In return, the company pledged it could bring an additional two million passengers to Athens and another 3.5 million in regional airports. O’Brien said his company never received a negative or positive answer.
(source: ana-mpa)