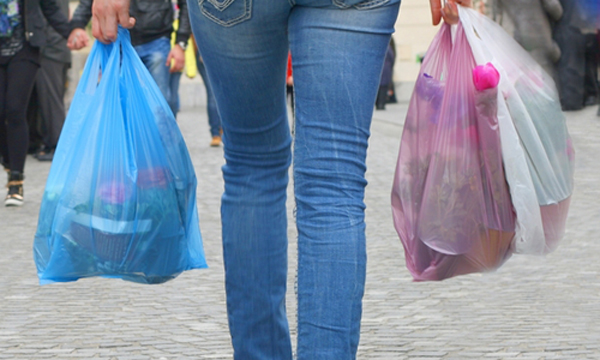 Each Greek citizen uses, on average, between 240 and 500 plastic bags each year, many of which wind up in the sea or in the natural environment, degrading habitats, public health and the country’s tourism.
This and other facts about the plastic bag and its perils in Greece were presented at a conference at the Biotechnical Chamber organized as part of the MED SOS environmental network’s “Life Debag” campaign.
The group highlighted the drastic repercussions from the use and overuse of plastic bags, as well as the need for a new mindset establishing good practices on the part of consumers.
Patras University professor and program coordinator Georgios Papatheodorou noted that the risks of plastic to the marine environment have been well documented since 1995, with more than 600 marine species affected by its use and more than 50 species systematically ingesting plastics.
At present rates, he said, 99.8 pct of marine birds will have swallowed plastic by 2050 and their use will have altered the seabed with detrimental impact on biodiversity. He reported an estimated 250,000 tons of plastic floating in the world’s oceans, and 3,500 bits of debris per square kilometer in the Saronic Gulf – chiefly plastic bags, bottles and aluminium.
(source: ana-mpa)