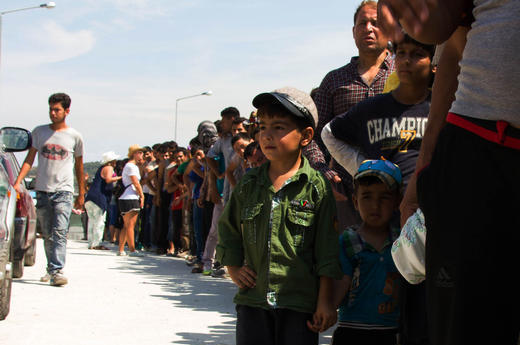 Greek authorities started examining asylum applications at Moria’s hotspot on the island of Lesvos, adding that almost all refugees and migrants who arrived on the island after March 20 have submitted applications, police said.
Speaking to public broadcaster ERT, Brigadier general Zacharoula Tsirigoti, the head of Greece’s immigration police, said about 3,500 refugees and migrants are currently in Moria and have all submitted an application. Out of those people, about 700 vulnerable groups have been transferred to the municipality’s accommodation center in Kara Tepe, while only 15 people have said they want to return to Turkey.
Tsirigoti also said the asylum service has been strengthened by an additional 46 officers from Brussels and Athens and its aim is to examine 50 applications per day. She added that Syrians will be returned by plane to Adana in Turkey where Turkish authorities have set up a refugee center.
She also said the readmission procedure will stop during Pope Francis’ visit and resume when he leaves the island.
(source: ana-mpa)