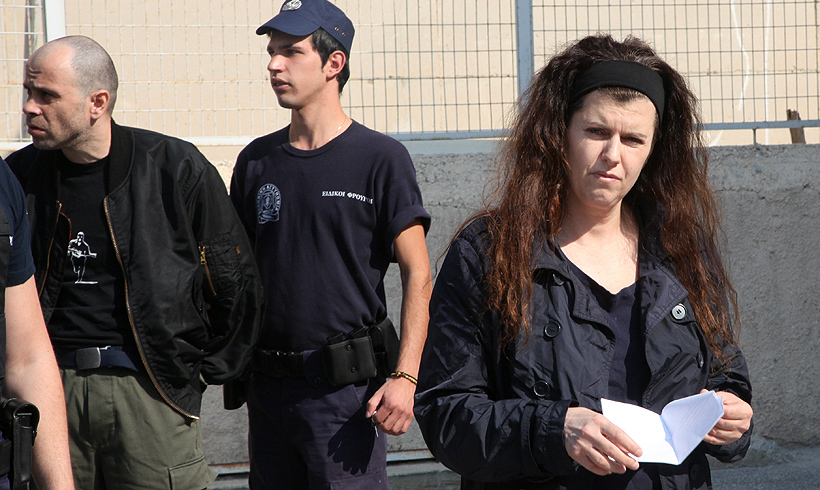 One of the leading members of the organization “Epanastatikos Agonas,” Pola Roupa, attempted to help her partner and comrade Niko Mazioti escape from Korydallos prison via helicopter.
According to the information currently available, a woman who bears a striking resemblance to Pola Roupa, appears to have rented a helicopter from Ermioni and headed towards the prison facilities of Korydallos in order to attempt the escape of Nikos Matziotis.
According to the pilot, the woman in the helicopter pulled out a gun and forced the pilot to change route and fly over Korydallos prison. The pilot had started a gradual landing when he tried to grab the gun from the woman. During the struggle the woman shot twice, but fortunately no one was injured. When the helicopter landed, the woman absconded leaving her wig behind as she ran off. The pilot is a retired police officer and recognized the convicted member of “Epanastatikos Agonas,” Pola Roupa from photos.
The wig and an ammunition clip that were left behind have been transferred to the police department and are under examination.