FYROM Seals Off Its Borders to Afghan Migrants 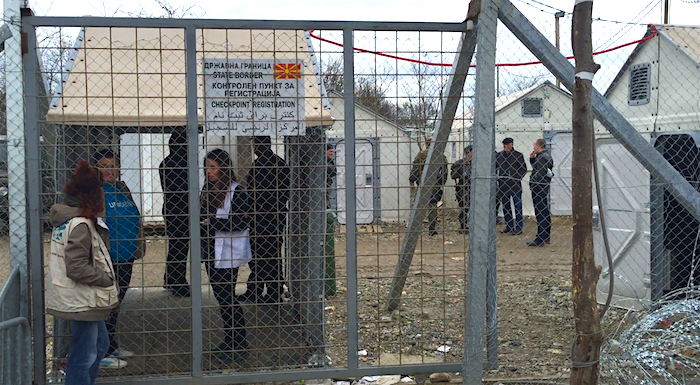 The government of FYROM has sealed off its southern borders to Greece to Afghan migrants, allowing only Iraqis and Syrians to get through.
FYROM government officials said they were forced to take this decision because of similar restrictions by their neighbors to the north.
According to comments made by FYROM police spokeswoman Natalija Spirova to The Associated Press, Serbia has stopped the entrance of Afghan refugees.
Serbian local state TV reported yesterday that the government has closed the border with FYROM “to unregistered refugees, imposing stricter border controls for the purpose of preventing illegal migration,” according to RT.
However, the Serbian Interior Ministry spokeswoman, Biljana Popovic Ivkovic, said that the border with Macedonia is not closed, but that passage is allowed only to refugees from countries affected by war.
The Associated Press reports that FYROM “police started restricting the flow of migrants across the Greek-FYROM border Saturday, conducting body searches and demanding passports. Earlier, they had accepted Greek police’s official documents attesting that an individual had been processed.”
“The moves have led to a buildup of migrants waiting at the Greek side of the border. Greek police said 800 were stranded at the border Sunday and another 2,750 were waiting in 55 buses nearby,” said The Associated Press.
(Sources: The Associated Press; RT)