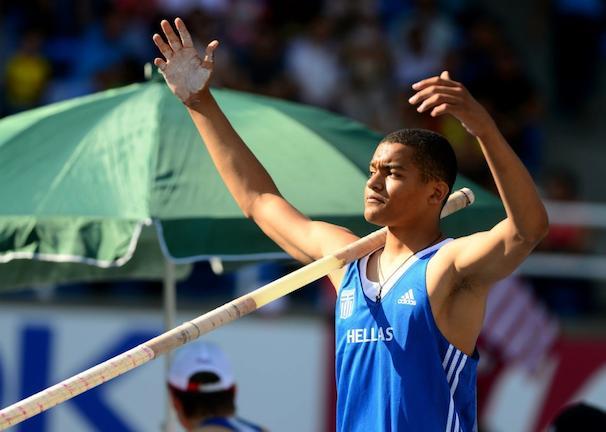 Greek athlete Emmanouil Karalis, 16, broke the world record in indoor pole vault in his age category during a sports event at Athens’ Peace and Friendship Stadium on Saturday, with 5.53 meters in his first attempt.
With his jump, Karalis topped the performance of Argentine pole vaulter Germán Chiaraviglio who achieved 5.51 meters in 2004. The performance was extolled by crowds at the stadium and especially the athletes’ academies which had set up their own support group.
Greek President Prokopis Pavlopoulos and Sports Minister Stavros Kontonis congratulated Karalis in messages released on Sunday.
“Your world distinction honors Greece and constitutes an irrefutable proof of the inexhaustible strength of our country’s young generation. My warmest congratulations,” the President said.
“Greek sports have stable bases and is standing on its own feet despite the difficult economic conditions. Our warmest congratulations to the athlete, his coaches and his team, but also to all those who participated in the National Indoors Sports for their efforts,” Kontonis said.
(Source: ANA-MPA)