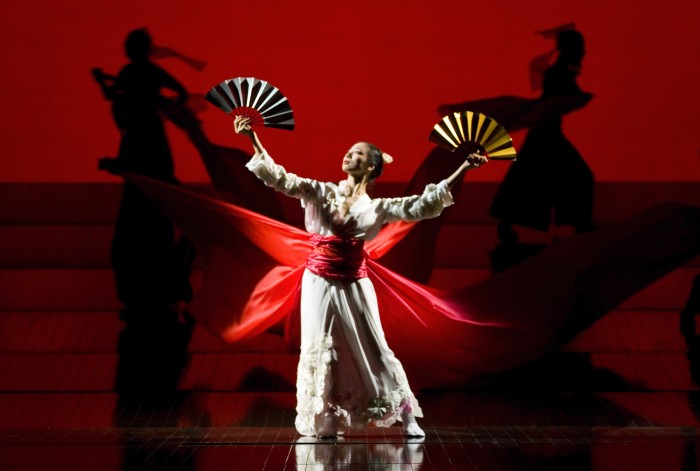 The Greek National Opera’s production of Giacomo Puccini’s famous “Madama Butterfly” had its opening night in Athens on Sunday, with performances to continue at the Megaron Athens Concert Hall on Vassilisis Sofias Avenue until January 27.
An opera in three acts, with an Italian libretto by Luigi Illica and Giuseppe Giacosa, it is based on the 1898 short story of the same name by John Luther Long.
The leading role Cio-Cio-san is sung by sopranos Tselia Kostea and Rafaella Angeletti on alternate nights on January 20, 22, 23, 24 and 27. The opera is directed by Nikos Petropoulos and prices for tickets range from 20 to 70 euros (12 euros for students and children). Tickets are on sale at the National Opera box office (59-61 Academias, tel 210.361.2461/364.3725), the Athens Concert Hall box office and online at www.nationalopera.gr and www.megaron.gr.
(Source: ANA-MPA)