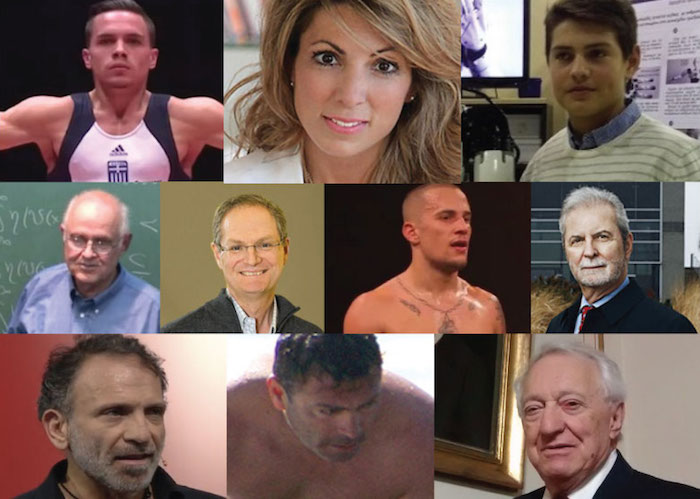 2015 was a tough year for Greece, but these Greeks managed to distinguish themselves and excel in their professional fields as well as inspire others to continue fighting for their ideals. Here we present you the 10 Greeks that left their mark in 2015:
Paul Alivisatos 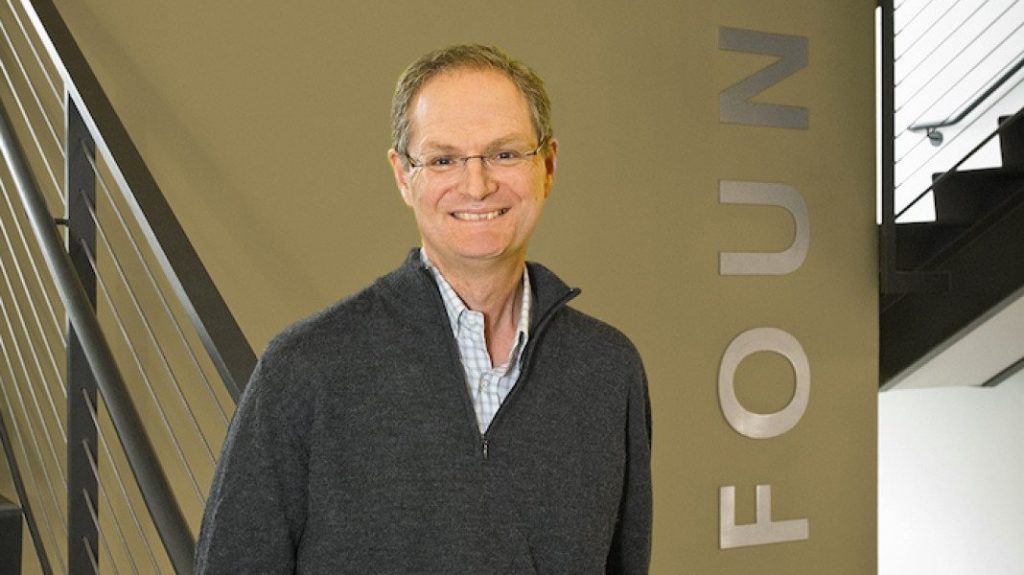 Paul Alivisatos is considered one of the fathers of nanoscience for his ground-breaking research in quantum dots and other artificial nanostructures. In 2015 he was chosen as the recipient of the National Medal of Science by President Obama, America’s highest honor for lifetime achievement in fields of scientific research. The Greek-American is the director of the Lawrence Berkeley National Laboratory (Berkeley Lab) and an award-winning chemist. He has been internationally recognized as an authority on the fabrication of nanocrystals and their use in solar energy applications. Alivisatos, 56, holds appointments with the University of California Berkeley as the Samsung Distinguished Chair in Nanoscience and Nanotechnology. He is also a scientific founder of two prominent nanotechnology companies, Nanosys and Quantum Dot Corp.
John Calamos


Although John Calamos is known as a financial guru and the CEO and Chairman of Calamos Investments, the Greek-American from Chicago made sure to bring to the US the largest ever Ancient Greek exhibition in 2015. Calamos became the biggest benefactor of the exhibit “The Greeks: From Agamemnon to Alexander the Great” to the United States. The exhibit, presented at the Field Museum in Chicago in collaboration with the National Hellenic Museum, offers the chance to see up close more than 500 artifacts from Ancient Greece. Calamos is also the biggest donor and Chairman of the National Hellenic Museum in Chicago and countless other organizations that promote Hellenism.
Yannis Behrakis 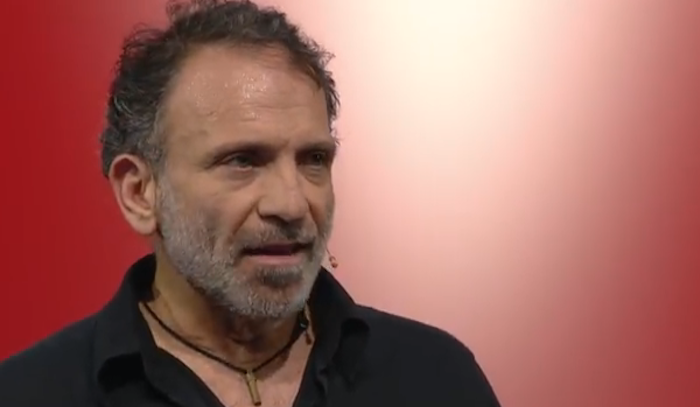 The Greek photojournalist was praised for his coverage of two of the biggest stories of 2015, Europe’s refugee crisis and the financial implosion in his home country. The Guardian named him its photographer of the year and his photos made it to the covers of some of the world’s most important media outlets. Born in 1960, Behrakis studied photography at the Athens School of Arts and Technology and London’s Middlesex University. He has covered various significant events, such as the Libya crisis in 1989, the funeral of the founder of Iran’s Islamic Republic Ayatollah Ruhollah Khomeini as well as the wars in Croatia, Bosnia and Kosovo, Chechnya, Sierra Leone, Somalia and Afghanistan.
Angeliki Pappa 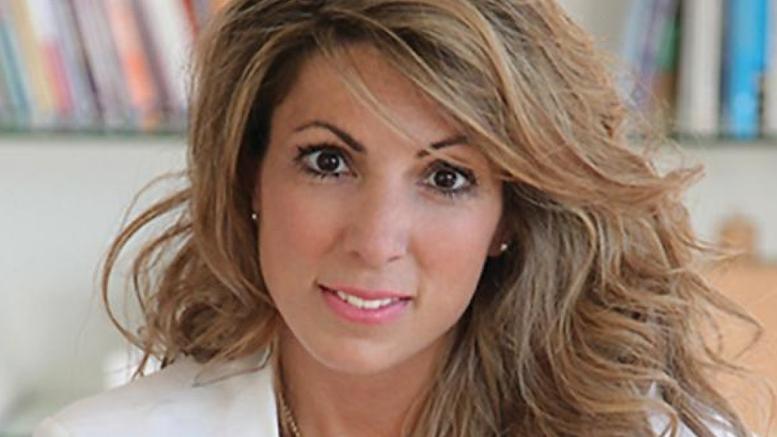 Angeliki Pappa is an educator that has taught more than 800 students with special educational needs and trained about 1,500 teachers to use her own unique teaching methods. In 2015 she was included in the list of 50 nominees for the Varkey Foundation’s Global Teacher Award for her work on dyslexia for the prize of one million US dollars, also widely known as the Nobel Prize of teaching. The top 50 candidates were selected from 8,000 entries and applications submitted from 148 countries around the world. The winner will be announced at the Global Education & Skills Forum, to be held in March 2016 in Dubai.
Dimitris Chatzis

Greek student Dimitris Chatzis is the youngest person in the world that was able to create a life-sized robot. The fifteen year old student from Kavala, Greece, created a robot humanoid in 2015. The student’s creation is part of the “InMoov” project, an open source platform that is centered around the development of a life-sized robot humanoid from a 3D printer. Hatzis, who was able to construct the robot after a year of daily work, is now one of the six people in the world who have been able to complete the task. The other five include the original designer of the robot, Frenchman Gael Langevin, two Russians, an Italian and a German creator.
Constantine Dafermos 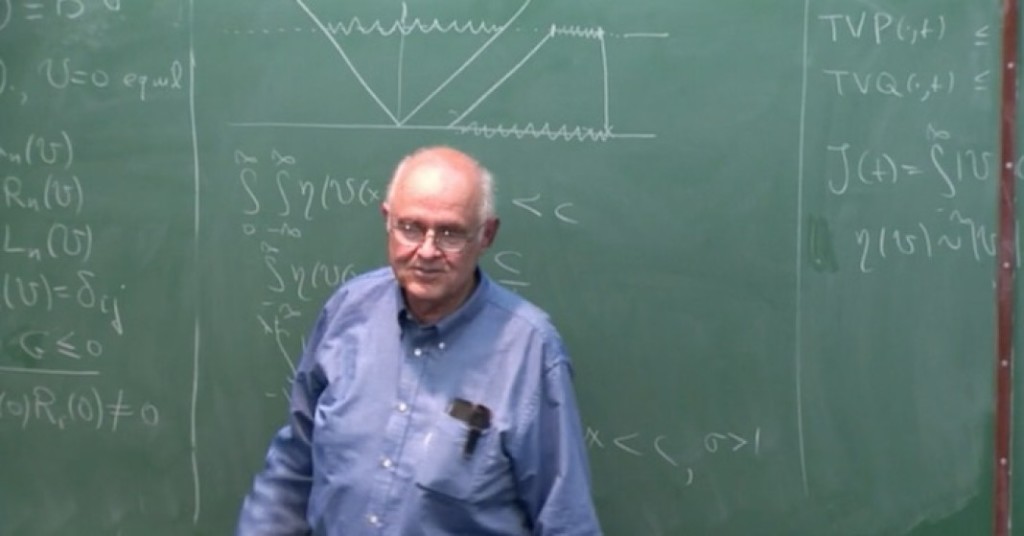 Constantine M. Dafermos, the distinguished Greek-American professor of Brown University, was selected to receive the 2016 Norbert Wiener Prize in Applied Mathematics. Presented by the American Mathematical Society (AMS) and the Society for Industrial and Applied Mathematics (SIAM), the prize honors Dafermos “for his foundational work in partial differential equations and continuum physics.” He is one of the world’s top experts in the theory of conservation laws. Dafermos has made seminal contributions to the theory of nonlinear conservation laws, introducing innovative and powerful new methods and applying the theory to such areas as continuum mechanics, gas dynamics, and nonlinear elasticity. His work on the mathematical aspects of thermomechanics has also been highly influential.
Antonis Deligiorgis

Antonis Deligiorgis became a hero for thousands of volunteers and refugees in Greece. The army sergeant became known for saving Wegasi Nebiat, a 24-year-old Eritrean, from the cabin of a boat sailing towards the isle of Rhodes. The vessel disintegrated in a matter of minutes. Deligiorgis had his back to the sea when the vessel carrying Nebiat and many others struck the jagged rocks fishermen on Rhodes grow up learning to avoid. The odyssey that had originated six hours earlier at the Turkish port of Marmaris was about to end in the strong currents off Zefyros Beach. Deligiorgis brought 20 of the 93 migrants to shore singlehandedly. Among those that were saved by Deligiorgis that day,was a woman who gave birth to a healthy baby boy in Rhodes general hospital. In a sign of her gratitude, the Eritrean mother, told nurses she would name her son after Deliogiorgis. At that time, Deligiorgis’s heroism raised the spirits of a nation grappling with its worst economic crisis in modern times, and inspired countless other volunteer-heroes to continue helping the war-torn refugees arriving in Greece.
George Behrakis

The pharmaceutical legend and philanthropist was awarded an honorary doctorate from the University of Athens in 2015 for his lifelong achievements in pharmacology as well as his charity work. Besides being known for creating innovative drugs, Behrakis is the man who has been able to reverse the smoking rate in Greece. The Greek American from Boston is the mastermind behind the anti-smoking campaign that has been hitting tobacco interests in Greece while saving large numbers of youth from getting close to cigarettes. In its first five years the campaign has achieved great results in creating awareness about the hazardous effects of smoking, and actually has reversed the statistics of people who smoke in Greece, a very tough job to do considering Greeks are among of the most hardcore smokers in Europe.
Vaggelis Chatzis

Brought up in a rough Athenian neighborhood, this Greek professional boxer proves daily that there are no limits if he sets up his mind to achieve a goal. Vaggelis Chatzis, the 27 year-old fighter who lost his right arm, managed to win his first lightweight title in 2015 at the “No Limits 26,” one of Greece’s most respectable boxing tournaments. The boxing champion is considered among the most up and coming professional fighters in Greece. The amazing story of the only one-armed boxer in the world is the subject of a Greek Reporter documentary set to be released in 2016.
Eleftherios Petrounias 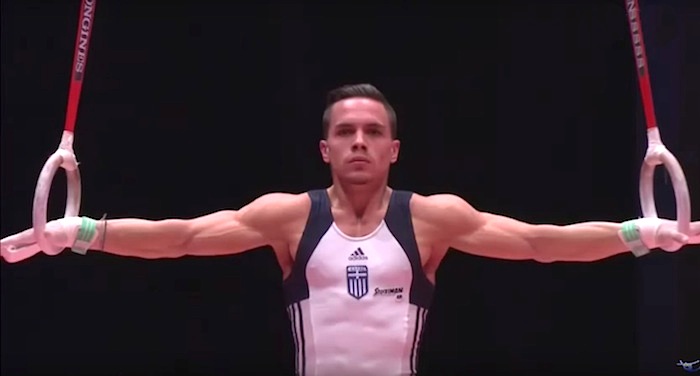 Eleftherios Petrounias offered a glimpse of happiness to millions of Greeks around the world winning the gold medal in the gymnastics world championships in Glasgow Scotland in 2015. Petrounias celebrated his win by dedicating his gold medal to his father, who had passed away a few weeks before the event. The Greek athlete overcame his rivals achieving a 15,800 score and he secured a place in the upcoming Rio de Janeiro 2016 Olympic Games. The 24-year-old had also won the gold medal at the European Championships in Montpellier back on April 2015. The Greek strong man won 11 out of the 12 competitions he participated in 2015.