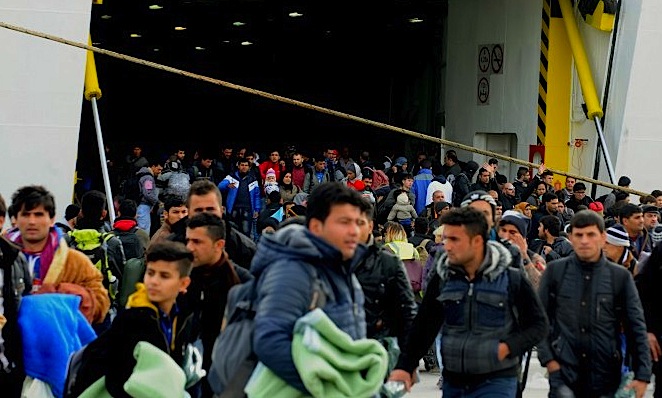 Three ferries with 3,600 refugees on board arrived at Piraeus port on Thursday.
“Blue Star 1” ferry carried 1,163 refugees from Chios and Mytilene, “Nisos Rhodos” carried 1,083 refugees from Mytilene, Chios and Samos and “Blue Star Patmos” carried another 1,392 people from Chios and Mytilene.
Most of the refugees and migrants gathered in Victoria Square are of Afghan origin; with the majority being women and young children, some of whom are unaccompanied.
The Greek Minister for Immigration Policy Giannis Mouzalas admitted that 3,000-4,000 migrants and refugees are entering Greece on a daily basis. According to the minister it appears that Turkey has failed to address the reduction of migration flows which has led Greece to sound the alarm.