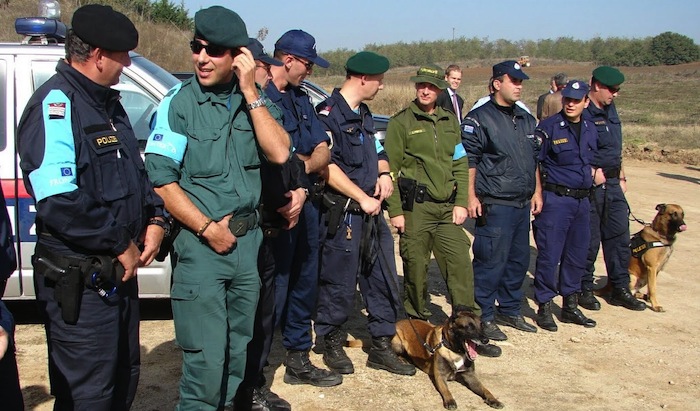 The European Commission is to send 1,000 Frontex staff in order to control Greek borders more efficiently, according to a Proto Thema report.
The aim of the specialized Frontex staff is to block persons suspected of being linked with jihadist terrorists from entering Europe in cooperation with Europol. The Frontex interrogating units would go into detailed probes on each individual refugee trying to enter Europe. Similar units will be deployed in other countries that serve as refugee entry points.
Deputy Migration Minister assures migrants removal from Greece-FYROM border
Deputy Migration Minister Yiannis Mouzalas said that migrants stranded at the border between Greece and Former Yugoslav Republic of Macedonia will be removed shortly.
About 3,000 economic migrants had gathered at the Greece-FYROM since November 15 after having been refused entry to the neighboring country. The migrants do not qualify for refugee status. Several of them have blocked the railway lines in protest since November 18.
“Idomene will be cleared from migrants within the next few days. The law will be enforced,” Mouzalas said on Mega television on Sunday. “We are trying to avoid violent confrontations, but as a state we are obligated to react when the railway lines are blocked,” he added.
“So far 1,500 migrants have been transferred (to Athens), and we are expecting to transfer 1,500 more. Those who want to apply for asylum, we will give them the right to do so. Many of them want to return to their home countries, some will be deported,” Mouzalas said.
Regarding Greece’s initial reluctance to accept Frontex help, Mouzalas said that the initial letter sent from Frontex said that “‘agents from Macedonia will be deployed.’ We could not accept FYROM agents in our borders (due to the ongoing dispute on the name of the neighboring country). We sent a letter to Mr. Avramopoulos (EU migration commissioner) and the problem was resolved,” he said.
Locals react and call for mobilization unless migrants are removed
The residents of Idomene village, near the borders with FYROM, announced on Monday their intention to take actions unless a solution is not found immediately.
Locals say they ran out of patience. “Unless refugees leave by Tuesday, we will call for mobilizations,” president of the local community Xanthoula Soupli said to ANA-MPA news agency.