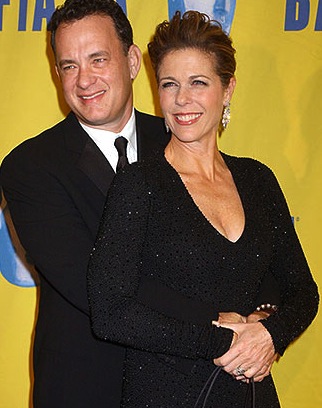 Hollywood A-List couple Rita Wilson and Tom Hanks will be honored by the Shakespeare Center in Los Angeles on Tuesday, December 8, at the 25th Annual Simply Shakespeare Benefit.

Wilson and Hanks are being honored because of their long-term dedication and commitment to bringing Shakespearean works to the Los Angeles community for free, while also creating programs for young people throughout LA to learn about and appreciate Shakespeare’s classic plays.

The evening will kick off with a cocktail reception, and continue with a reading of “Twelfth Night” at The Broad Stage in Santa Monica. Tickets are selling for $750 each, as all proceeds go to arts-based veteran employment and youth employment programs for inner-city youth and arts education in local schools which are supported by the center.

It won’t all be about serious, intense acting though, as the night will have plenty of song and funny impromptu Shakespeare.

Plenty of celebrities and supporters of the programs will also be in attendance, including Bette Midler, William Shatner, Christina Applegate, Martin Short, Jason Alexander, and even the mayor of Los Angeles Eric Garcetti.