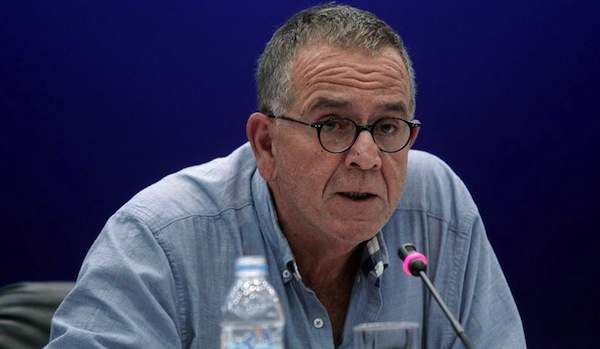 Greek Alternate Minister for Migration Affairs Yiannis Mouzalas revealed that the government is planning to move refugees and migrants stranded at the border with the Former Yugoslav Republic of Macedonia (FYROM) to Athens.
In recent weeks, FYROM has adopted a war-combat-zone refugee policy, accepting only Syrians, Iraqis, and Afghans from the thousands of people who try to enter from the Greek town of Idomeni into FYROM and then further into central Europe each week. Citizens of other countries like Iran, Egypt, and Morocco have been denied entry and have clashed with police in their effort to break through and get into FYROM. Some of them have been sleeping on the railway that connects Thessaloniki with Skopje, causing a halt in trade and transportation along that track.
“What is happening in Idomeni is a violation of international law. The categorization of refugees based on nationality is illegal. Anybody can and has the right to apply for asylum, whether they get it or not, is a different question,” Mouzalas said.
He noted that Greece has the facilities to temporarily host these people in Athens and give them the opportunity to apply for asylum, while also highlighting that there is a difference between a refugee and a migrant and the government recognizes that.
The alternate minister also urged the Greek island of Kos to accept the creation of a registration and identification centre to avoid going through what it did this past summer, when thousands of migrants and refugees arrived each day and there were clashes with police.