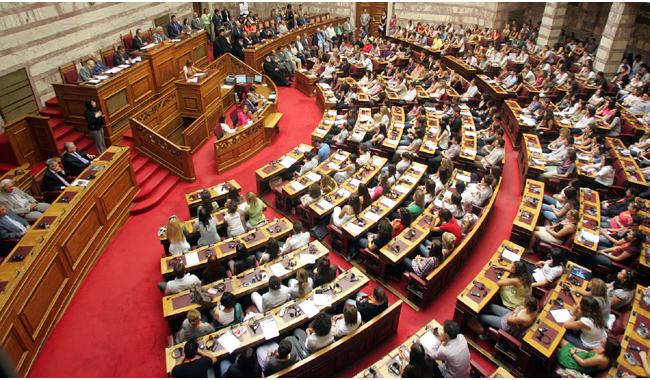 Greek central government cash balance recorded a deficit of 954 million euros in the January-October period this year, compared to a deficit of 2,250 million in the same period in 2014 the Bank of Greece said on Monday.
The central bank said in a monthly report that during this period, ordinary budget revenue amounted to 35,544 million euros, compared to 38,391 million in the corresponding period of last year. Revenue of 55 million euros regarding the Securities Markets Programme (SMP) income transfers from the Bank of Greece is excluded. Ordinary budget expenditure amounted to 38,326 million euros, from 40,068 million in January-October 2014.
(Source: ANA-MPA)