GRNews
GreekReporter.comGreecePavlopoulos Urges Europe to Take Action to End War in Syria from... 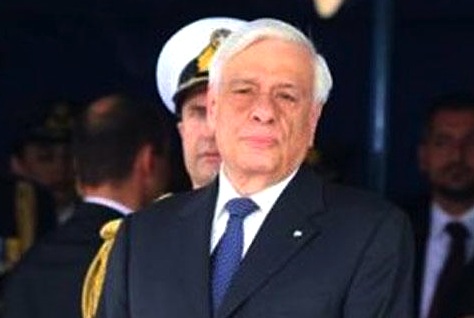 The war in the Middle East and Syria must stop, otherwise the “nightmare” of the refugee crisis will continue, President of the Hellenic Republic Prokopis Pavlopoulos said during a visit to the Aegean island of Lesvos.
Speaking at Skala Sykamnias, the stretch of coastline where the majority refugees making the crossing from Turkey come ashore, Pavlopoulos stressed that Europe has a duty to assume responsibility for this outcome.
“It is Europe’s responsibility for the war to end. And it is truly hypocrisy to ask for protection and help toward these people without looking at where the real problems lies,” he said. The president announced that Greece and as well as himself personally will undertake every possible initiative, apart from protecting people, to end the war and said he was appealing to all European leaders on Greece’s behalf.
He also made it clear that there should be “no more misunderstandings that the borders of Europe are the borders of Greece, which are determined with sovereignty and that we also determine the ways in which we will guard these borders. All can see here that Greeks guard the borders of Europe.”
Pavlopoulos had earlier visited the village of Skala Sykamnias and spoke with local residents, who are daily witnesses of the refugee crisis on their island. The president, who was on the island to attend celebrations marking the 103rd anniversary since Lesvos’ liberation from Ottoman rule, had earlier emphasized its contribution to both protecting the borders of Greece and the EU, as well as human lives, dignity and values.
(source: ana-mpa)