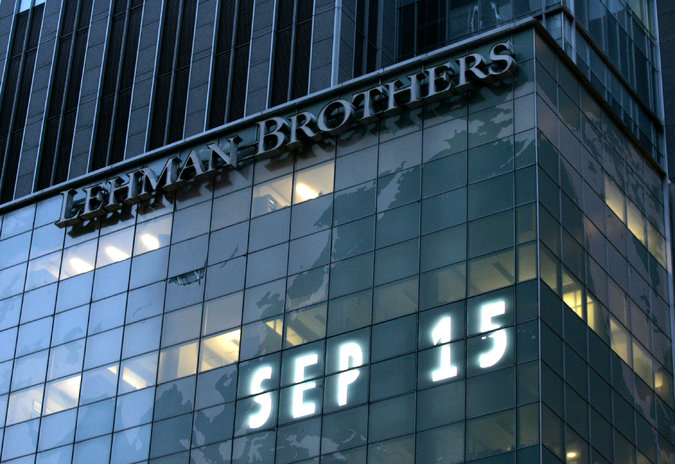 The widow of a Greek pensioner beat Lehman Brothers in Greece’s Supreme Court by forcing the now defunct finance firm to return the whole amount of her investment.
The Supreme Court held that the bank took advantage of the woman’s inexperience in financial investments and convinced her to invest in “toxic products.” The ruling was based on the Civil Code and consumer protection legislation. The court ordered the company to return the full amount of the investment and compensate her for moral damages, according to an Ethnos newspaper report.
Eight years ago, the woman wanted to place all her savings and her deceased husband’s in a fixed account in order to meet the future needs of her children. She had asked for an investment with minimal risk and high return. However, she came under pressure from the U.S. firm to invest in mutual funds. Although she initially refused, Lehman Brothers tried to take advantage of the woman’s lack of knowledge and persuaded her to open a portfolio account with foreign three-year securities, investing 74,000 euros and paying fees of 1,850 euros.
In September 2008, the bank informed her by telephone that the parent company went bankrupt and informed her in writing that it was impossible to liquidate, as the value of the securities was negligible. The woman appealed to the courts for compensation. As the report says, after years of legal battle with the U.S. bank the woman was vindicated. The Supreme Court of Cassation considered the behavior of the foreign bank unlawful because it failed to inform the customer about the risks of foreign securities. Also, the woman was misled as the brochures sent to the woman had the guarantee of Lehman Brothers in small print.
The woman will receive 75,000 euros as the sum of her total investment and 1,500 euros in moral damages.
According to Ethnos, two more Greek investors will receive the return of their investments in the amounts of 100,000 euros and 45,000 euros respectively, plus compensation for moral damages.
The reporter notes that in most cases investors who claimed financial damages and did not pursue their case until the end, received 65-70 percent of the amount of investment back.