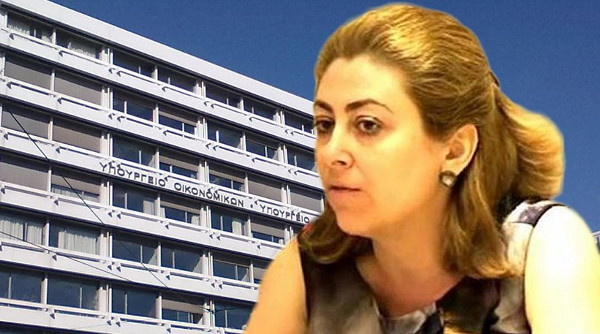 The removal of the general secretary of Public Revenues Katerina Savvaidou from her post is a “matter of principle” for the government, which is why we will insist on her resignation, government sources said on Monday.
“For the Greek government, this is an issue of principle, as it concerns issues of transparency. This is why Savvaidou has been asked to step down,” the sources said, adding that she is due to appear before a public prosecutor, on Tuesday, and if it is proven that she abused her role it will be extremely difficult to remain at her post.
Savvaidou is facing misdemeanor charges for allegedly extending beyond the legal deadline the time granted to TV stations to pay a 20 pct tax on advertisements.
According to a report in the newspaper Efimeritha ton Syntakton, two days before a crucial vote on the government’s omnibus bill in parliament, Savvaidou sent the government an amendment plan acquitting her of any criminal responsibility arising from any decision.
Greek government sources also cited, this amendment was considered to be aimed specifically at her and was viewed as incompatible with the government’s policy on issues of transparency and was therefore dismissed.
(source: ana-mpa)

Emirates Airlines, based in the United Arab Emirates, plans to restart flights between the United States and Greece on June 1, 2021
Diplomacy