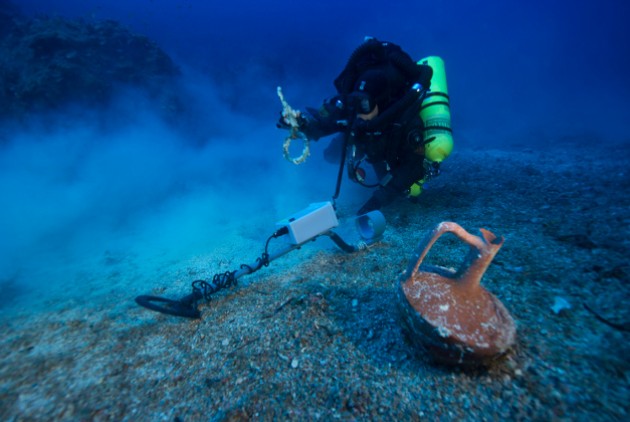 More than 50 objects were recovered during the underwater expedition at the site of the famous Antikythera Shipwreck between August 26 and September 16, the study of which archaeologists hope will expand scientific knowledge about the wreck and its cargo, and will contribute to the understanding of the incident. 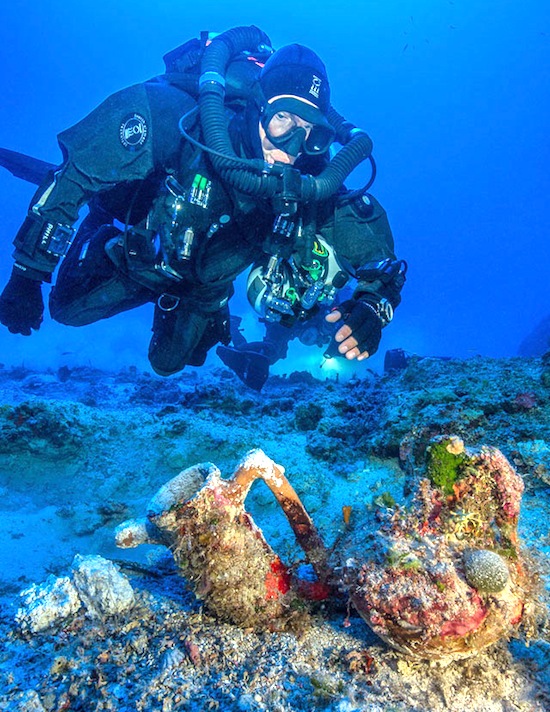 On the wider area of the wreck, marine archaeologists pulled up, identified, labeled, and documented, among others, an intact amphora, a large anchor release ring — indicative of the size of the anchor for which it was intended — two nested lead anchor parts — the position of which indicates the direction the boat followed towards the seabed, a small four-sided stone “base” with 12 holes and of an undetermined mass, a small lagynos — a popular wine vessel — agglomerates and slag from iron and brass nails and other objects, lead sheets from the vessel’s leading etc.
Scientists say that the first systematic excavation taking place by Greek and foreign archaeologists is an arduous process that has to address the large depth of the wreck, the bad weather and an area which has been searched many times in the past. Still, scientists believe the objects and data collected, along with the scheduled analyses on the materials will answer some of the important questions facing the wreck.
The expedition is led by Dr Angeliki Simosi, head of the Hellenic Ephorate of Underwater Antiquities, and the American Woods Hole Oceanographic Institution’s (WHOI) marine archaeologist Brendan Foley.
(Source: ANA-MPA)