GRNews
GreekReporter.comGreeceNew Greek Government Sworn in by President of the Republic

New Greek Government Sworn in by President of the Republic 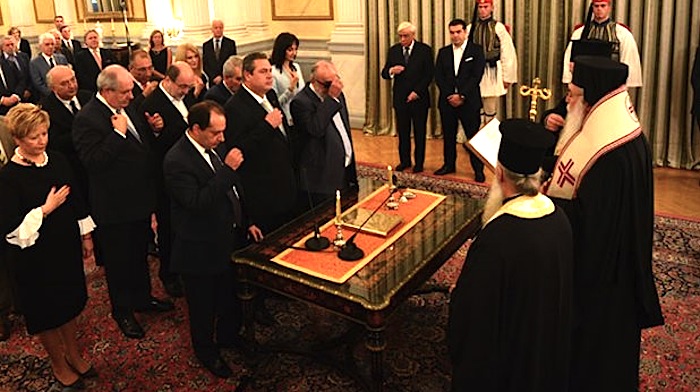 The new Greek government of Alexis Tsipras was sworn-in by the President of the Hellenic Republic; Prokopis Pavlopoulos at the Presidential Mansion at 10:30 am, on Wednesday.
Pavlopoulos arrived at the Presidential Mansion at 9:30 am, with reporters and television crews waiting to take statements.
The new cabinet members started arriving at 10:00 am, with some of them making brief comments to the press.
Here’s the complete breakdown of Greece’s new cabinet