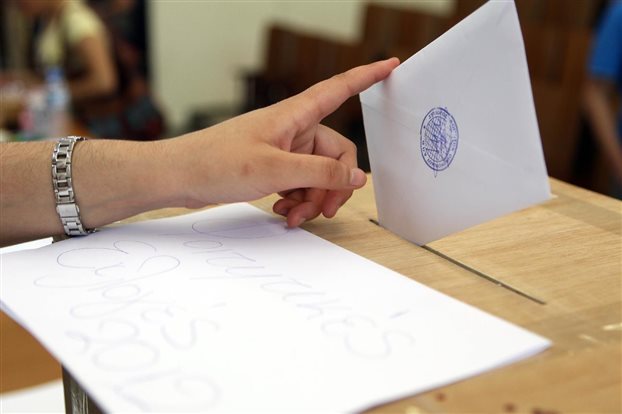 Amid the crisis the Greek government has spent 110.7 million euros in eight months for three elections, the Greek Interior Ministry announced.
The three elections, the January 25 legislative elections, the July 5 referendum and the September 20 legislative elections, have burdened the economy to different extents.
Sunday’s elections will cost 33.2 million euros, with the ministry noting that 27 million euros of these funds will go toward various compensations.
Out of the three electoral encounters, the most expensive one was that of January, as the interior ministry’s cost’s reached 51.1 million euros. On the other hand the cheapest one was in July, with 26.7 million euros spent for the referendum.
The frequent occurrence of elections in the country and the costs associated with this process do not seem to have been lost on the Greek Interior Ministry.
“In this context, and considering the tight fiscal circumstance, and that these elections are the third electoral process in eight months, the Ministry of Interior and Administrative Reconstruction is making every possible effort to reduce the cost, without of course compromising neither the validity of the elections, nor the rights of the employees who will, provenly, work for their preparation and their conduct,” the ministry notes.