Greek Engineer Among 30 Finalists to Travel to Space 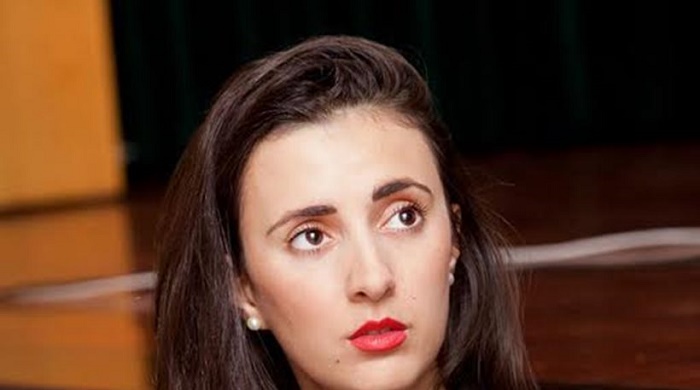 Greek engineer and activist Ioanna Fotopoulou from Thessaloniki, Greece was chosen as one of the 30 finalists who will have the chance to travel to space as part of the Rising Star Programme for young leaders from across the world.
At this stage the competition is tough, but the 26-year-old engineer is well prepared. In 2013 she was among 40 people who spoke at the annual world summit organized by the non-profit organization One Young World, in Johannesburg, South Africa. One Young World brings the youngest and brightest minds in the world together to create positive change. In 2014 she was chosen as speaker again at the summit which occurred in Dublin Ireland.
The Rising Star Programme sent out more than 20,000 invitations to young people, through One Young World, the young activist said. The organizers will select a person to travel to space with two-seater shuttle XCOR Lynx, to convey the message travelling to space is not that far away.
Ioanna is an engineer and since 2008 she has been actively involved in the empowerment of Civil Society. She was working for almost 2 years in Serbia and Bosnia Herzegovina, promoting and advocating for two programs supporting the rights of Roma and stateless people.
In the competition’s next stage three of the finalists will be chosen to travel to Bangkok, Thailand on October 2nd in order to participate in a One Young World meeting. There, they will address the audience for 15 minutes, talking about what inspires them and what messages they wish to convey to the world. The choice of the final winner will take place in November 2015. The winner will attend special training in order to participate in the space travel mission.