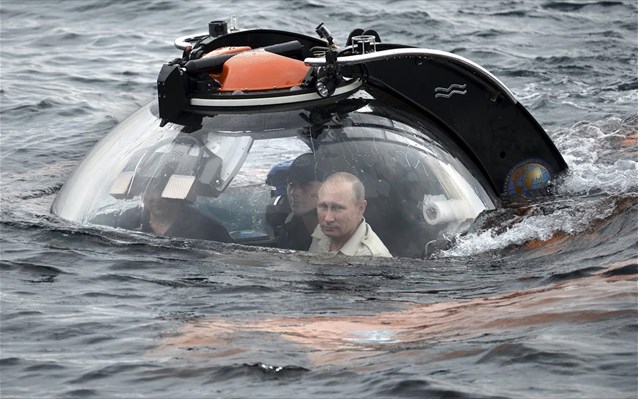 Russian President Vladimir Putin, who is known for his athletic and active lifestyle, decided to dive in a small submarine off the coast of Crimea to see up close a 10th century shipwreck.

According to images broadcasted on Russian television, Putin dived at a depth of over 80 meters in order to explore the Byzantine shipwreck that was detected in the Black Sea last May the wreck of a Byzantine ship detected last May on the Black Sea. “It was really deep,” he admitted to journalists who were waiting for him on the surface

While still underwater, Putin spoke through the radio to Prime Minister Dmitry Medvedev, expressing his hope that the trading ship would shed light on Russia’s development and show how deep the country’s historical roots are, as well as the history of our international relations.

The hull of the vessel is covered with much sludge and so it is difficult to explore, but according to Vladimir Putin, the shipwreck appears to be in good condition. The ship was carrying goods crossing the Bay of Balaclava and “there are only a few shipwrecks like it in the northern Black Sea, he stated.