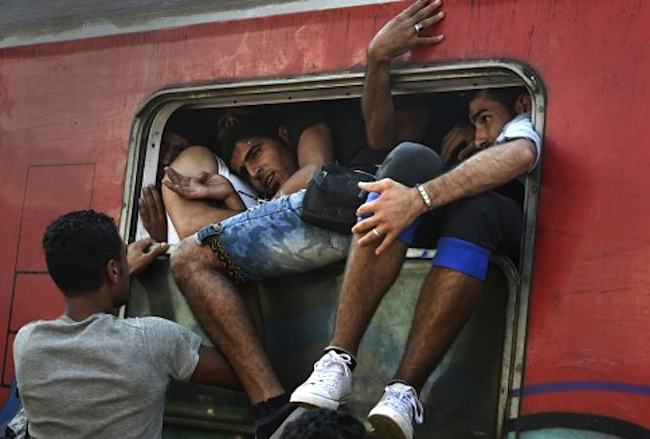 Although Greece’s unprecedented migrant and refugee influx has been well documented this year, the country is just the beginning of their journey toward central Europe.

On Saturday, hundreds of migrants and refugees struggled to board trains at a station in southern FYROM, close to the Greek border.

Reuters reported that the trains were heading toward Belgrade, Serbia, from where migrants and refugees would trek to Hungary before the country erects a 175-kilometer long and four-meter high fence on the border with Serbia. According to Reuters, there were “a couple” of police officers present during the chaotic scenes.

Reuters cited Red Cross officials who reported that 2,000 migrants and refugees cross over from Greece to FYROM each day. That number was 1,000 “several” weeks ago.

The United Nations had found that around 85% of migrants entering Europe from Greece via the Mediterranean are from war torn regions, particularly Syria, Iraq and Afghanistan.