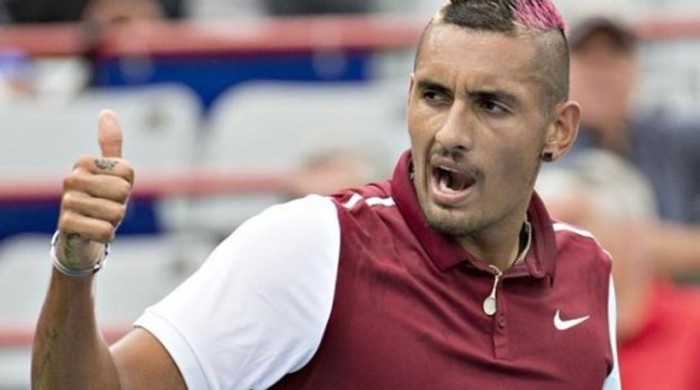 Greek-Australian Nick Kyrgios, the so-called bad boy of tennis, has managed to once again attract negative public attention after he made sexist comments about his opponent Stan Wawrinka’s girlfriend, Donna Vekic.

He may have wanted to tease his opponent or make a bad joke, but what he didn’t know was that the court microphones were turned on and recorded every insult that he threw to his opponent.

The incident took place during their Rogers Cup match in Montreal, Canada. In between the sets, 20-year-old Kyrgios turned to Wawrinka and told him “Kokkinakis banged your girlfriend. Sorry to tell you that mate,” referring to his Australian Davis Cup teammate Thanasis Kokkinakis.

It appeared that Wawrinka did not understand what Kyrgios uttered at the moment. Since then, the 20-year-old tennis player has received a 10,000 dollar fine by the Association of Tennis Professionals and claims to have learned his lesson. When a tweet suggested that he should not drag his teammates [Kokkinakis] into his abusive comments, the tennis player responded: “There won’t be a next time #LessonLearned.”