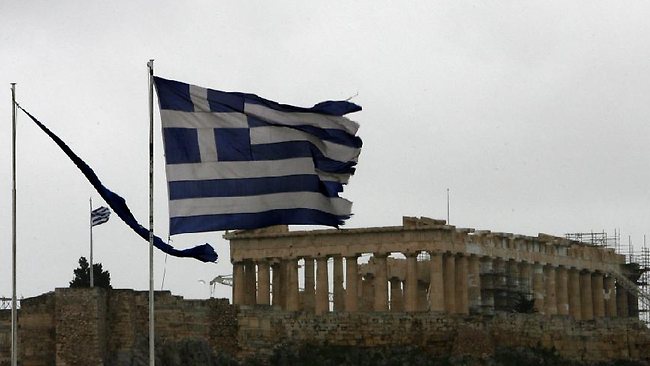 Greece needs a generous 100-billion-euro debt haircut in order to be able to come out of a perpetual financial slump, says a Telegraph report.
An analysis by the National Institute of Economic and Social Research (NIESR) says that the impact of VAT hikes and strict budget targets could become “self-defeating.”
The Greek economy will slide back into recession this year and next, while by the end of 2016, the economy is forecast to be 30 percent smaller than at its peak in 2007 and 7 percent smaller than before Greece joined the euro in 2001.
At the moment, Greek debt stands at around 320 billion euros, and a 95-billion-euro write-off, or 55 percent of gross domestic (GDP), will reduce it to 130 percent of GDP, instead of the 186.9 percent projected for this year. The write-off will make the debt sustainable. It would also bring it close to 120 percent of GDP by 2020, a target set by the International Monetary Fund (IMF), one of Greece’s creditors.
According to the think-tank, The Telegraph report says, Greece’s economy is expected to contract by 3 percent in 2015 and 2.3 percent in 2016, remaining in recession until the second half of 2016. Under current projections, Greece’s economy is not expected to get back to its pre-euro size until the first half of 2023.
Jack Meaning, researcher at NIESR, said strict primary surplus targets imposed on Athens by creditors could end up becoming “self-defeating,” shrinking the economy and making the country’s debt pile even larger relatively. Also, VAT hikes will hurt one of Greece’s biggest revenue sources, namely tourism.
“In order to meet those targets, the Greek government will have to take demand out of an already depressed economy,” Meaning told The Telegraph.
Since Europe has ruled out a nominal debt haircut, NIESR’s analysis would imply a sizeable extension on debt repayments that would take the bailout program “a long way” into the future.