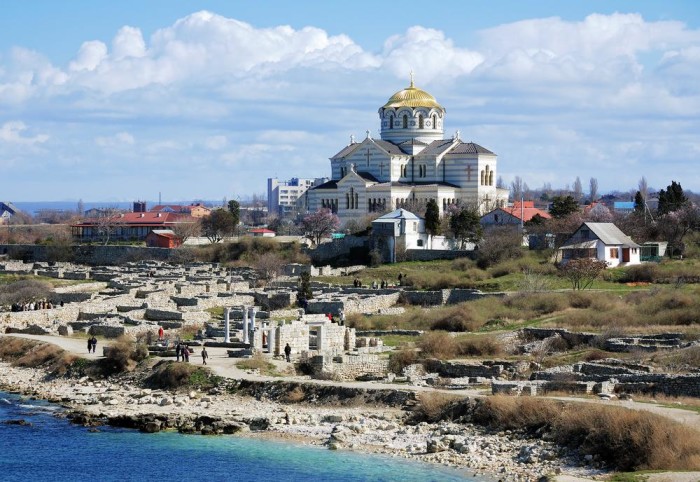 Russian President Vladimir Putin placed one of Europe’s most sacred spiritual symbols and a UNESCO World Heritage Site, the ancient Greek colony of Chersonesus in Crimea, under federal control, after social turmoil spread over the appointment of its director.

Strong public criticism and furious protests have been provoked against Sevastopol governor Sergei Menyailo for his decision to appoint an “inexperienced” and “uneducated” Russian Orthodox priest as director of the Chersonesus Museum.

Moscow officials denied any participation in Menyailo’s initiative to appoint this specific person at the helm of the Chersonesus Museum, while Putin’s renowned adviser for cultural issues, and descendant of novelist Leo Tolstoy, Vladimir Tolstoy, also criticized his decision.

According to Tolstoy’s recent statements in Russian media, the country’s Culture Ministry will now be the one to decide the new person that will be in charge of Chersonesus’ management.