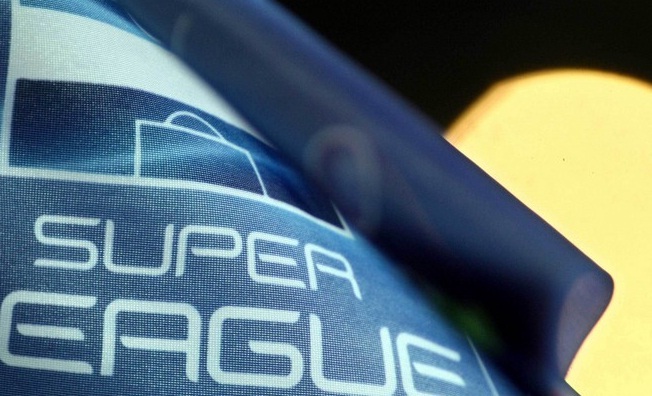 The draw of the 2015-2016 football season of Greece’s top flight, the Superleague, that took place on Tuesday, July 14, produced a series of weeks of intense match ups among the usual suspects.
The news season kicks off on the weekend of  August 22-24, with the participation of two teams, Veroia F.C. and Kerkira F.C., still uncertain.
In the first round, reigning champions Olympiakos F.C. will host Panionios F.C., while last year’s runner-up Panathinaikos F.C. will travel to Panaitolikos F.C.. PAOK F.C. will play Skoda Ksanthi F.C. at home and Asteras Tripolis F.C. faces Panthrakikos F.C.
Newly promoted AEK F.C. will play the Cretan team, Platanias F.C., at home.
The first derby fixture will be played in the 4th round with PAOK hosting AEK on the weekend of September, 19 to 21.
Every round from the 6th until the 11th will have a derby fixture. The climax of the 11th round will see arguably the greatest rivals in Greek sports, Olympiakos and Panathinaikos, competing at Panathinaikos’s ground, the Olympic Stadium of Athens.
The draw also included Team A and Team B as proxies for the two clubs that will be playing in the league this season. These two clubs will become known once Kerkira’s and Veroia’s fate is decided.
Kerkira’s future is uncertain at the moment due to a scandal that broke out last year. Kerkira was allegedly lying about who owns the majority of the club and are threatened with expulsion from the league.
The other club in question, Veroia, had been involved in a match fixing scandal in 2013. The club has been cleared of charges in the first two hearings on the matter. However Levadeiakos F.C., the club who first made the accusations against Veroia, has now made a complaint to the Refereeing Court of Greece Football association. The verdict is pending.

Norwegian Cruise Lines (NCL) announced its resumption of Greece cruises out of Piraeus, Greece beginning in July of this year.
Greece

A total of 776 coronavirus patients are on ventilators in Greece, the highest number of patients undergoing the treatment recorded in a day.