Sex Industry in Greece Grows Amidst the Financial Crisis 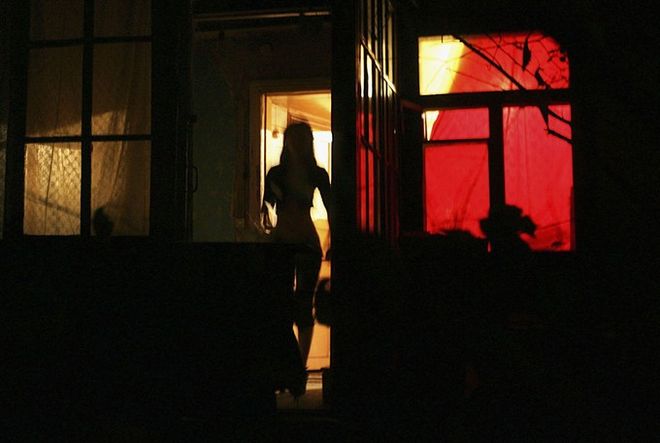 Since 2008, when the financial crisis first appeared in Greece, the number of women who work in the sex industry has dramatically increased. Women trade sex for money, illegally in most cases, in order to put food on the table for their children and for themselves.
Almost a third of Greek citizens are living below the poverty line and women, as well as children, are the most vulnerable groups who suffer from the austerity measures set by Greece’s creditors. The large unemployment rate, which has surpassed 25%, has led more than 18,000 women –an increase compared to the 17,000 in 2012- to work as prostitutes. According to the Greek Centre for Social Sciences and Panteion University, the number of people selling sexual services in Greece has soared by 150% during the seven-year crisis, noted the International Business Times.
Human Rights Watch senior research assistant Eva Cossé noted: “Over the last few years, Athens has struggled with an increasing number of people who have lost their jobs, been evicted from their homes, and affected by poverty and social exclusion.”
“As austerity measures have been carried out, HIV, suicide and depression have increased, and hundreds of thousands of people have been locked out of the health system altogether,” Cossé added. “Some live on the streets and others go there to find drugs or to find clients for sex work.”
Greece’s legislation on the matter is not very helpful. Street prostitution is illegal, but sex work, for example in brothels is not. However, these brothels and the women working there, need to issue special licenses. Only 1,000 sex workers have been officially registered because the law provides that women must adhere to a long list of requirements in order to register as sex workers.
“The Greek government should implement a genuine public health approach to people who exchange sex for money, drugs or life necessities, and make sure that police officers respect the rights of women whose lives are hard enough already,” said Cossé.