GRNews
GreekReporter.comGreeceEFSF Announces End of Greek Bailout Programme; Greece on its Own

EFSF Announces End of Greek Bailout Programme; Greece on its Own 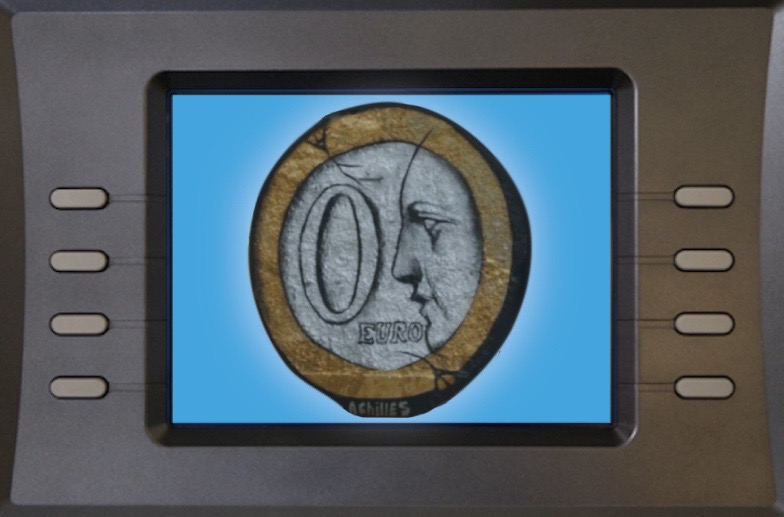 The European Financial Stability Facility (EFSF) just released a statement announcing the end of its financial assistance to Greece. After the end of the programme on Tuesday Greece will be on its own, amidst the worst financial crisis the country has endured in its modern history.
Here’s the full statement:
The Greek financial assistance programme of the European Financial Stability Facility (EFSF) expires tonight at midnight CET. As a result, the last EFSF loan tranche of €1.8 billion will no longer be available for Greece and the €10.9 billion in EFSF notes to cover the potential cost of bank recapitalisation or bank resolution in Greece will be cancelled.
Klaus Regling, CEO of the EFSF, said: “It is regrettable for Greece that the EFSF programme will expire today without any follow-up arrangement and that the positive results of the programme are put at risk. Due to the economic policies adopted under the EFSF programme, the country was on a good path towards strong growth until the second half of 2014. The many sacrifices which the Greek people had to make were paying off. Greece managed to cut its budget deficit and regain competitiveness. The country was able to access financial markets again and saw its high unemployment start declining. According to the OECD and World Bank, Greece was a reform champion until 2014, with encouraging growth prospects. This trend can continue if the Greek population decides to return to the path of reform within the euro area.”
The EFSF programme started on 21 February 2012. It was originally due to end on 31 December 2014, but was extended twice upon request of the Greek government. In the context of the programme, the EFSF disbursed €141.8 billion to Greece. It included €48.2 billion to cover the costs of bank resolution and recapitalisation. Of this amount, €10.9 billion in EFSF notes was not needed and was later returned to the EFSF. Accordingly, the outstanding loan amount stands at €130.9 billion. This makes the EFSF Greece’s largest creditor by far.
Greece’s financial assistance programme was unique in many aspects. Due to the seriousness of the country’s structural weaknesses and adjustment needs, it was the biggest EFSF or ESM programme ever. It also had by far the most favourable lending conditions ever granted to an EFSF or ESM programme country. It included Private Sector Involvement with sizeable losses for private investors. Greece benefits from an average loan maturity of over 30 years. The country pays neither interest rates nor redemption on the overwhelming part of its EFSF loans until 2023. These favourable lending conditions provided Greece with budgetary savings of over €16 billion for 2013 and 2014 combined. That corresponds to more than 4% of Greek GDP in each of the two years.