GRNews
GreekReporter.comGreeceYanis Varoufakis' Historic Speech at the Last Eurogroup: As It Happened

Yanis Varoufakis' Historic Speech at the Last Eurogroup: As It Happened 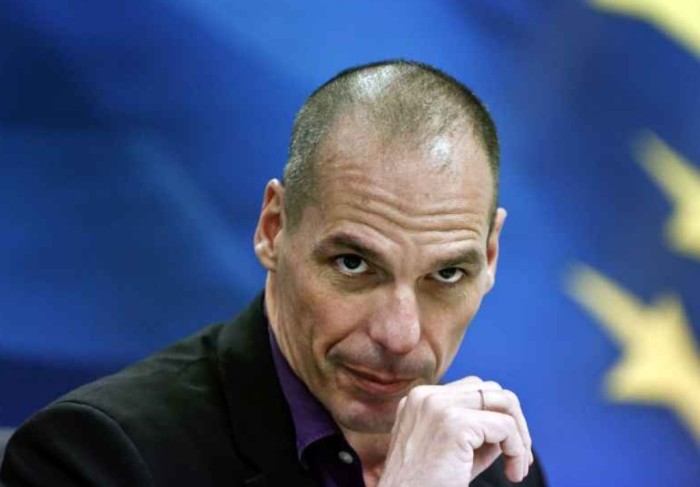 Greece’s Finance Minister Yanis Varoufakis chronicles the dramatic events that took place during the last Eurogroup meeting, right before his counterparts decided to meet again – but without him.
Since twitter and facebook have been abuzz with speculation about Greece’s bailout negotiations, Varoufakis took to his personal blog to detail what he told the Eurogroup that lasted in his unprecedented exclusion from the second meeting

Here is his post, published Sunday on his blog:

The Eurogroup Meeting of 27th June 2015 will not go down as a proud moment in Europe’s history. Ministers turned down the Greek government’s request that the Greek people should be granted a single week during which to deliver a Yes or No answer to the institutions’ proposals – proposals crucial for Greece’s future in the Eurozone. The very idea that a government would consult its people on a problematic proposal put to it by the institutions was treated with incomprehension and often with disdain bordering on contempt. I was even asked: “How do you expect common people to understand such complex issues?”. Indeed, democracy did not have a good day in yesterday’s Eurogroup meeting! But nor did European institutions. After our request was rejected, the Eurogroup President broke with the convention of unanimity (issuing a statement without my consent) and even took the dubious decision to convene a follow up meeting without the Greek minister, ostensibly to discuss the “next steps”.
Can democracy and a monetary union coexist? Or must one give way? This is the pivotal question that the Eurogroup has decided to answer by placing democracy in the too-hard basket. So far, one hopes.

Below is his full speech to the Eurogroup members
Intervention by Yanis Varoufakis, 27th June 2015 – Eurogroup Meeting