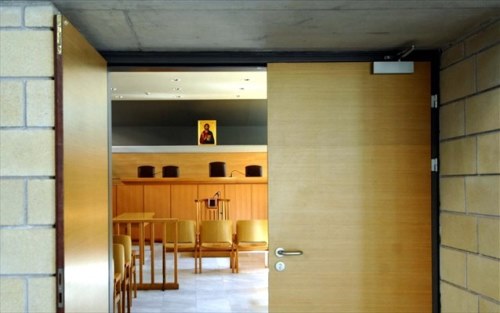 Evidence pointing to international espionage, a plot to murder former Greek Prime Minister Costas Karamanlis and a 2012 plan for Greece’s exit from the euro code-named the “Silver Drachma” are just some of the sensational findings unveiled in a report by Greek Anti-Corruption Investigator Dimitris Foukas, released on Friday and sent to the Justices’ Council for consideration.
The report outlines the findings of three converging judicial investigations spanning several years, initiated after the notorious phone-tapping scandal in 2005 and revelations that the mobile phones of then Prime Minister Karamanlis and dozens of other prominent Greeks were under surveillance.
This investigation later merged with that of the “Pythias Plan'” – for the neutralization and even murder of Karamanlis – and allegations that Greek National Intelligence Service officers and former Minister Michalis Karchimakis had leaked classified state secrets and documents.
Foukas cited evidence – including Wikileaks reports – supporting the existence of the Pythias Plan, which he said was designed to exert pressure on the Greek government to change its policy in crucial sectors, such as energy, arms procurements and public sector procurements. According to the report, the rapprochement between Greece and Russia provoked action by the United States to avert agreements for Russian pipelines, leading to the gradual abandonment of the plans by Athens and its commitment to the Trans-Adriatic Pipeline (TAP), as well as the cancellation of plans to acquire Russian military equipment.
The Investigator referred to evidence that a close aide of former Prime Minister George Papandreou held talks with Mexican businessman Julio Salinas Price in 2012 on Greece’s exit from the Eurozone and the possible introduction of a Greek national currency, partly covered by silver, which would have cost Greece 70 billion euros.
Lastly, also citing Wikileaks reports, the Investigator referred to evidence that Greek National Intelligence Service officers with access to secret information had leaked it to individuals without the necessary clearance, specifically to Karchimakis, who has denied the charges.
(source: ana-mpa)