TechNews
GreekReporter.com Greece Greece Referendum: This is the Bailout Deal Greeks Will Vote On

Greece Referendum: This is the Bailout Deal Greeks Will Vote On 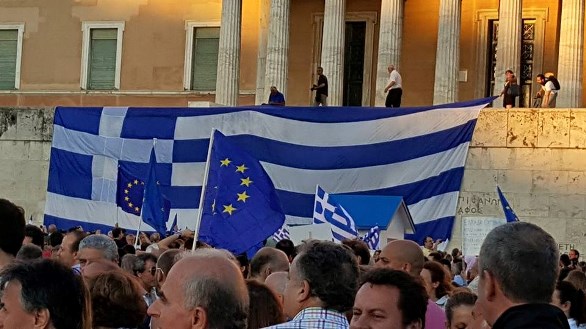 As Greek Prime Minister Alexis Tsipras announced that Greece will hold a referendum to ask the Greek people if they approve of a bailout deal with the country’s creditors, here is a final draft of the creditors proposal for Greece, as it was obtained by the Financial Times.
The referendum, to be conducted on July 5th, will ask the Greek citizens if they approve a deal based on the following document the Greek government has already described as “humiliating” since it includes more austerity for the country.
See the proposal below:

Greek Easter is the most revered time of the year for religious Greeks as they fast for 40 days, go to confession, and attend long liturgies
Greek church