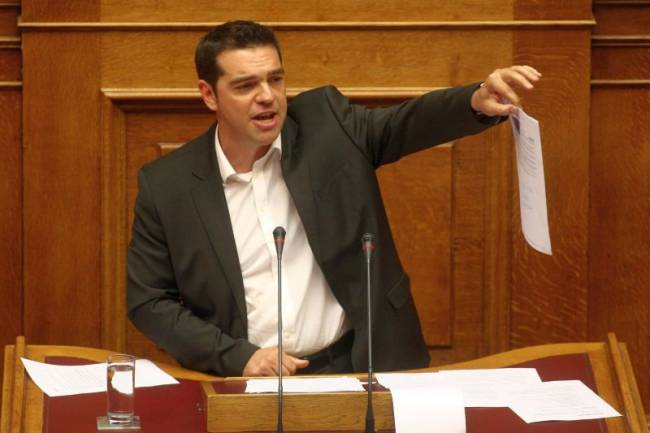 Greek Prime Minister Alexis Tsipras is willing to reach an agreement with the creditors, if they made a few concessions, despite the fact that they have not yet admitted the failure of their program. In an interview with the Italian Corrierre della Sera, he added that the Grexit would mark the beginning of the end for the Eurozone.
Tsipras will be meeting with French President Francois Hollande and German Chancellor Angela Merkel on Wednesday, unlike the country creditors, the Greek Prime Minister appears optimistic. “I think that tomorrow’s discussions will assess the progress made so far. We will set a clear timetable for the agreement,” he said.
“I believe we are close to reaching an agreement regarding the primary surplus for the next few years.” All he asks is for the creditors to make a few concessions on key issues, such as finding alternatives to pension cuts and not imposing more austerity measures on the country. Greece should be able to “return to the markets with a competitive economy as soon as possible.
When asked whether he believes the institutions don’t like the Greek side’s proposals, Tsipras replied: “I don’t believe they don’t like them. The problem is that some of them are reluctant to acknowledge that the Greek reforms of the past five years have failed because to do so would entail a cost.”
Furthermore, he added that the institutions need to acknowledge the failure of their measures. The austerity that was imposed in Greece was more brutal than in any other country around Europe and that had “disastrous economic and social consequences.” Unemployment rates doubled in just three years, while the GDP fell by 25% and crippling taxes were imposed on the middle and lower social classes. “The humanitarian crisis of the homeless and those who live on the edges of society has grown day by day,” he stressed.