GRNews
GreekReporter.comGreeceThree Candidates Up for PASOK Leadership After President Steps Down

Three Candidates Up for PASOK Leadership After President Steps Down 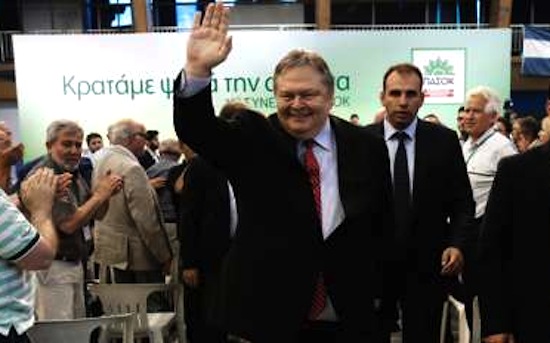 PASOK MPs Fofi Gennimata, Odysseas Konstantinopoulos and Andreas Loverdos will compete for the party’s leadership, after Evangelos Venizelos, who chaired the party since 2012, announced in a party congress late on Saturday he is stepping down.
Following a lengthy speech, Venizelos said he will continue to be active in the party and Greek politics.
PASOK members will now have to select one of the three contenders in a nationwide party vote next Sunday, June 14. After securing the backing of a minimum of 10% of the delegates, the three candidates took to the podium to present their views on the party’s future.
PASOK was the junior coalition partner in the previous New Democracy-led government of Antonis Samaras, who lost the January 25 elections.
(source: ana-mpa)