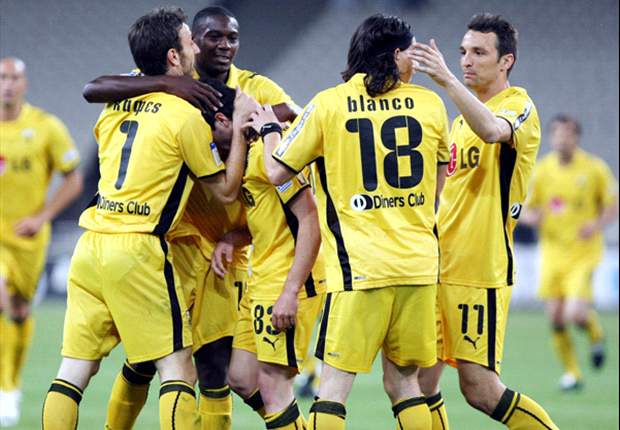 Greek football club AEK was finally able to return to the country’s top football league, two years after the club’s financial collapse which caused it to fall to a lower league.
AEK was able to achieve its second consecutive promotion after winning over Iraklis (1-0) on Monday, May 26, thanks to Dimitris Anakoglou who scored a goal at the 59th minute.
The football team’s coach Traianos Dellas stated that he would remain in the club, describing its promotion as a return from the light. At the moment, the Greek second division football clubs are playing the promotion playoffs and AEK was able to win a spot in the first division with four matches remaining.
Established in Athens in 1924 by Greek refugees from Constantinople in the wake of the Greco-Turkish War, A.E.K. is one of the most successful clubs in Greek football, winning 29 national titles (including 11 Championships, 14 Greek Cups, 1 League Cup and 3 Super Cups).
The club was relegated from the Greek Superleague after the 2012–13 season for the first time in its history. In an effort to discharge the immense debt created by years of mismanagement, its directors chose for the team to compete in the third tier Football League 2 for the 2013-14 season, thus turning the club into an amateur club.

Will Handwriting Be Lost Forever As We Write Less in Cursive?