Thessaloniki: The Next Big Wedding Trend For Turks 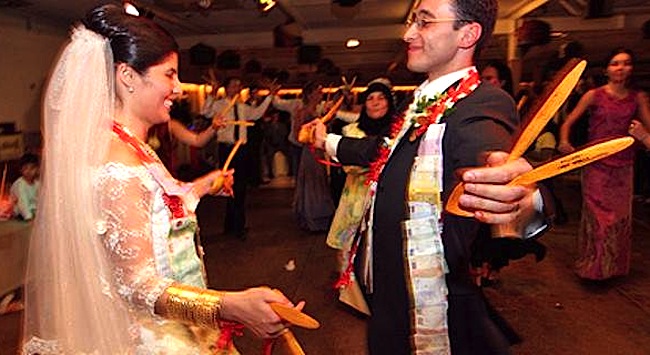 According to recent data released by the Consulate General of Turkey in Thessaloniki, Greece, approximately twenty Turkish wedding ceremonies took place in the region in 2014.
Local officials claim that the number of wedding ceremonies is expected to rise in 2015, taking into account that during the first months of the current year they have already approached last year’s figures.
“Five years ago, there wasn’t any Turkish citizen’s wedding in our country. Things seem to have changed since. Now, Turkish people choose the premises of the Consulate for their marriage, while in the summer they prefer Chalkidiki for the ceremony,” Macedonia-Thrace Travel Agents Association (MTTAA) vice president Stefanos Hatzimanolis told the Athens-Macedonian News Agency.
Turks love visiting Thessaloniki because it is the birthplace of Mustafa Kemal Atatürk. For this reason, newly weds want to take their wedding pictures inside the Atatürk Museum.
However, Turkish people are not the only ones choosing to have their special wedding day in Greece. Russians have also expressed their interest to organize the “big day” in northern Greece, while something similar happens with Israelis.