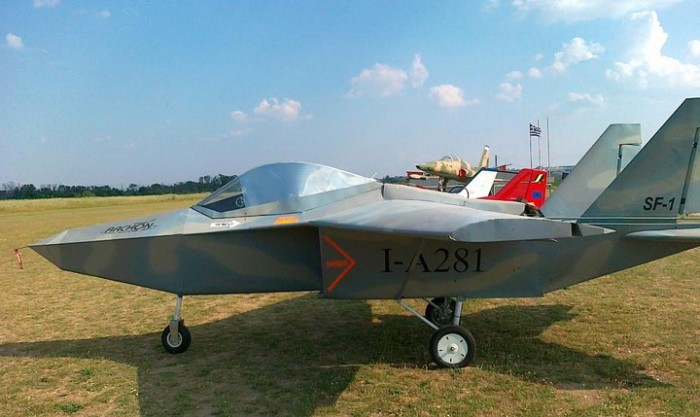 A single-seat and ultra-lightweight aluminium aircraft made entirely of low-cost and alternative materials by a Greek policeman in the northern city of Florina, Greece, has drawn the attention of several American companies that seek to exploit its commercial value.
“Archon” weighs approximately 200 kilos and has a 46 horsepower engine. It was developed by amateur flying enthusiast George Iliopoulos who has successfully built two fully functioning planes.
His first prototype, “Lygkistis,” was manufactured almost entirely of wood and other recycled materials, using old furniture, a wheelchair and a car engine.

After that, he came up with the idea of creating one more plane, made of used tin, at a scale of 1:6. A process of painstaking work and 3,000 edits of the original plan followed, making it possible for “Archon” to conquer the Greek skies. Iliopoulos has already received numerous emails from U.S. firms regarding “Archon,” which looks similar to a fighter aircraft.