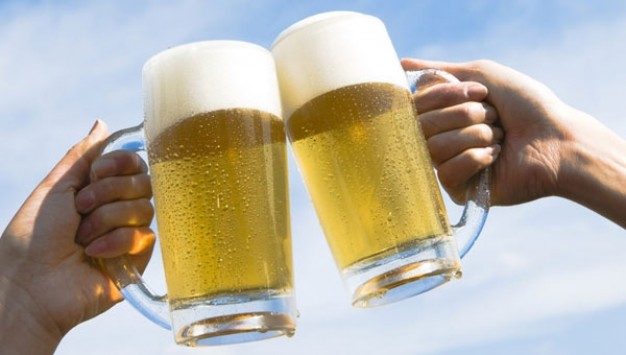 ATHINEO, the first Creative Brewery and Beer Museum in Greece, opened its doors to the public recently and aims to become a reference point for beer history and tradition in the country. It is located in the exact place where the Athenian Brewery opened its first plant fifty years ago.
Through the museum exhibition and a training center, ATHINEO will host interactive workshops, while the micro-brewery will also test innovative recipes for unpasteurized beer that will be released to the market four times a year at selected distribution places.
The exhibition mainly includes objects found at three Athenian Brewery plants, which were identified and archived by Greek historian and curator Iris Kritikou. ATHINEO will feature a permanent exhibition of original ceramic beer cups, following its history through the centuries.
Kritikou referred to beer’s long course through the centuries in her official exhibition announcement. From Mesopotamia and Noah’s supplies for the Ark to the Sumerians and the Epic of Gilgamesh, from the Babylonians and the Egyptians to the Greeks, beer has always been part of history. In ancient Greece, Sophocles urged for temperance and recommended a diet of bread, meat, vegetables and beer.
Beer lovers can find out more about ATHINEO on Facebook.
The Museum will be open every Saturday this June, from 1 pm to 8 pm, and admission will be free. It will then resume its operation in September 2015.