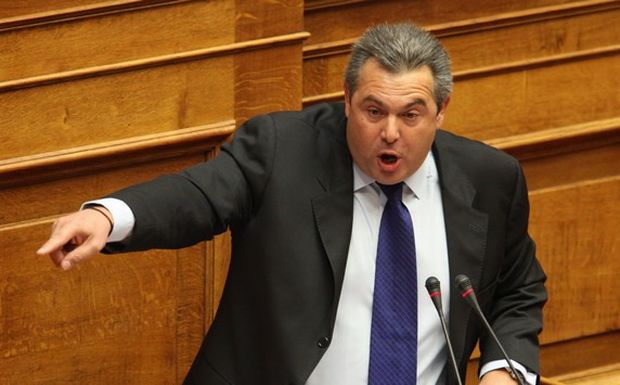 Greek Defense Minister Panos Kammenos was snubbed by his U.S. counterpart Ashton Carter and Deputy Secretary of Defense Robert Work on his visit to the United States.
The U.S. Defense Secretary cancelled the meeting over the weekend, claiming he has a busy schedule.
Kammenos will go to the Pentagon to meet with Under Secretary of Defense for Policy Christine Wormuth. He will also meet with Victoria Nuland, Assistant Secretary of State for European and Eurasian Affairs at the United States Department of State.
Reportedly, Greek diplomats made efforts to upgrade the Greek Defense Minister’s contacts without success.
Kammenos will also have lunch with members of the U.S. House of Representatives, meet with the Chairman of the House’s Armed Services Committee Mac Thornberry, as well as Representative Frank Pallone and Senator Jack Reed.
Finally, the Greek Defense Minister will visit Lockheed Martin to discuss a 500 million dollar contract to upgrade five military aircraft.
According to analysts, the U.S. government is displeased with Greece’s new law that theoretically releases convicted terrorist Savvas Xeros. The U.S. Ambassador to Greece David Pearce had stated that if Xeros — who is responsible for the assassination of U.S. diplomats —  is released from prison, that would be an unfriendly act toward the U.S.
Furthermore, Greece’s flirt with Russia — initiated partly by Kammenos — and certain statements made by the Defense Minister regarding Greece joining the BRICS bank have irked U.S. officials.
Analysts say that Greek-U.S. relations are at the worst point in recent years. Especially at a time when Greece is in the middle of harsh negotiations over its debt and needs all the support it can get.