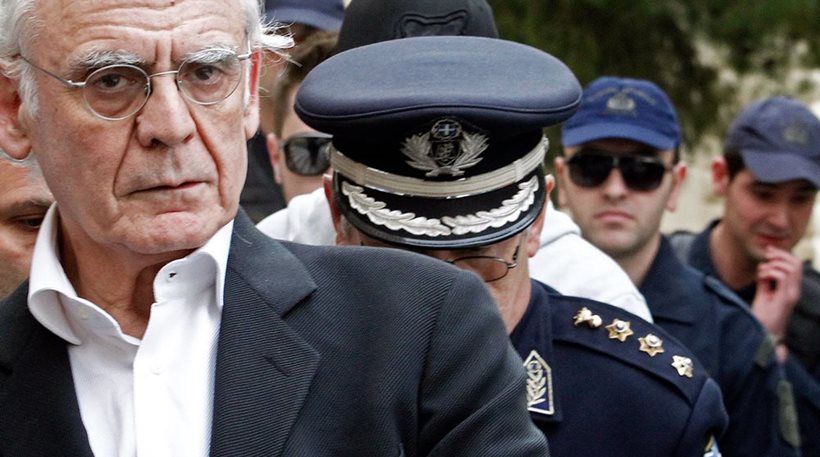 Former Greek Prime Minister Costas Simitis and current PASOK leader Evangelos Venizelos condemned former Defense Minister Akis Tsochatzopoulos as witnesses at the Court of Appeals on Wednesday.
Tsochatzopoulos, who serves a lengthy sentence for money laundering, has made an appeal but Simitis condemned him by denying any knowledge of the kickbacks the ex-Minister received. “Of course I did not know,” he said.
“It is sad that all these wretched things happened when I was Prime Minister, while efforts were under way to modernize the country,” the former PM said, referring to the period between 1996 and 2004. Asked whether Tsochatzopoulos, who served as Defense Minister from 1996 until 2001, would have been in a position to accept bribes, Simitis said, “It is possible, when the Minister and the general secretary for procurements work together.” He added though that he would have intervened had he known about any illicit activities.
During the four-hour testimony of the former Prime Minister, Tsochatzopoulos frequently repeated that he never received any bribes for armament deals.
Simitis claimed that the Government Council for Foreign Affairs and Defense, which he chaired, was responsible for taking political decisions such as which arms will be purchased and from which country, but the actual purchasing transactions were done by the Defense Minister.
Venizelos was also a witness in the trial and during his testimony accused Tsochatzopoulos of playing a key role in the “shrinking of PASOK.” He also poignantly commented that “behind every major scandal in Greece, there is a German company.”