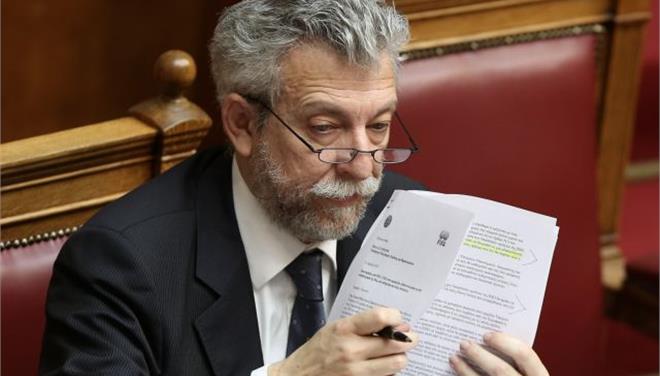 Greek Deputy Sports Minister Stavros Kontonis announced on Tuesday, May 5 that the new draft bill on tackling violence in sports has been finalized, after talks with international federations in order to improve certain articles and paragraphs.
Furthermore, the Greek Deputy Sports Minister thanked the UEFA and FIFA for their cooperation, noting that in the future he plans on continuing the talks “in good faith and constructive despite continuous efforts by many to torpedo the discussions.”
“After many months of intensive talks and exhaustive deliberations, the text of the draft bill on tackling violence in sports was finalized today. We’re proud of the result which we believe serves legality in the best way possible as well as the need to clean up Greek football,” he said.
He also noted that the Greek government wishes for the international federations to be involved with Greek sports in order to prevent violence. In addition, he stated that after the bill is passed the state will be able to intervene in the sports scene, to address the violence and corruption in sports. “Differences in football will be decided upon solely by judges,” he said, adding that electronic surveillance systems will be installed in stadiums to monitor the situation.