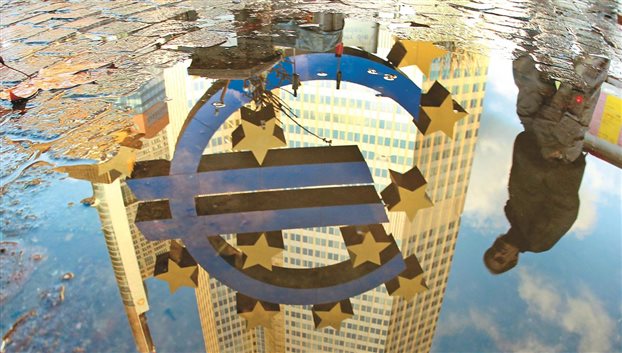 The chances of a Greece exiting the European single currency stand at 40% currently, according to a poll of money market traders published by Reuters earlier today. On the opposite, 60% of those questioned said Greece could remain part of the Eurozone even if it defaults on its debt payments.

Moreover, forecasts on the likelihood of a Grexit ranged from none to a high 75% in the survey, which was participated by 20 traders. That compares to the 28% median in a poll of economists taken last week. Although, those questioned were divided over the key question on “whether it can miss debt payments and still hold on to the euro.” 12 of them said Greece can default and still remain in the currency bloc while 8 said not.

“If you go bankrupt, people would still expect you to repay them in the original currency, right? And you would still be working with the same currency,” a trader said, questioning at the same time “so why would a Greek default include leaving the Eurozone?”

Other traders said Greece cannot stay in the bloc if it defaults and so assigned a higher probability of a Grexit. “There will be too much pushback from [other] members. They will not want to be associated with a country that has blatantly disregarded the rules,” another trader explained.

The leftist-led Greek government is currently struggling to meet civil workers’ payments and pensions, while it also needs to secure an International Monetary Fund (IMF) repayment of nearly one billion euros, due in May.