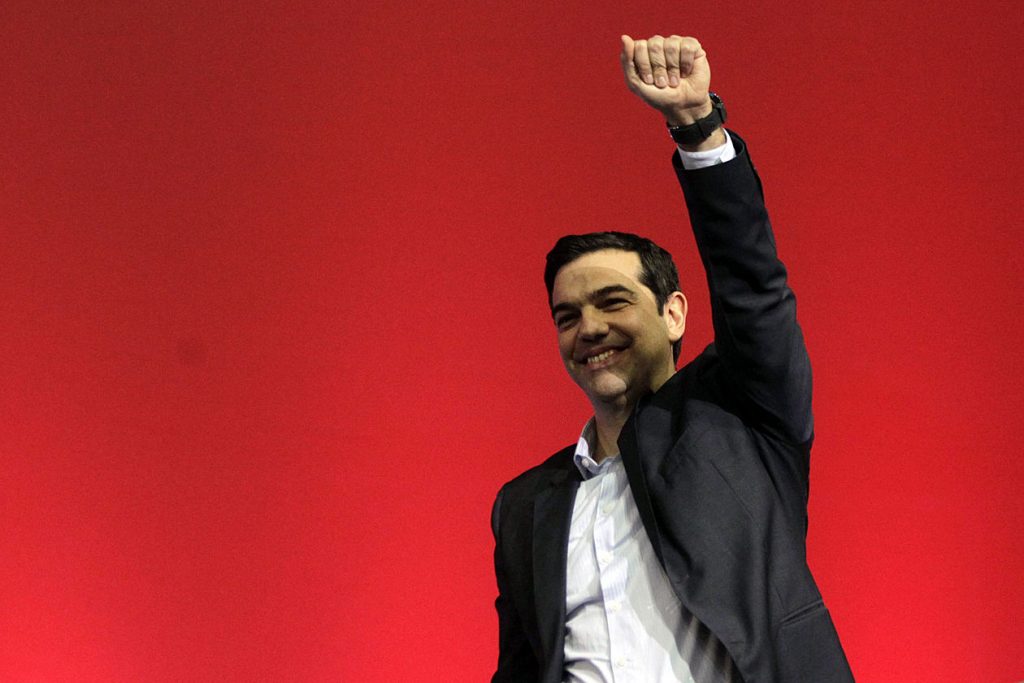 TIME magazine featured Greek Prime Minister Alexis Tsipras in its annual list of The 100 Most Influential People in the World, categorizing him as a “Leader.” The list, published on Thursday, has been drawn up for twelve consecutive years and each of the 100 people is divided into five categories, influencing the world as: “Titans,” “Pioneers,” “Artists,” “Leaders” and “Icons.”
​The Greek PM appears next to many famous names, including r​apper Kanye West, American Ballet Theatre dancer Misty Copeland, actor and producer Bradley Cooper, journalist and author Jorge Ramos and Associate Justice of the Supreme Court of the United States Bader Ginsburg, who also happen to adorn ​five TIME special edition covers.

Pablo Iglesias, secretary general of Spanish leftist party “Podemos,” which has been seeing a popularity boost since Greek leftist party SYRIZA took power, characterized Tsipras as Greece’s rising star in his brief but solid in positive comments text about him in TIME magazine.
Iglesias’ text begins with the following phrases: “At his campaign’s closing rally in Athens, Alexis said to me, ‘We should meet now, but if you don’t mind, let’s do it at my house. I’d like to spend some time with my kids.’ That’s who Alexis Tsipras is: a family man who can talk politics while his two little ones hang around his neck.”
And after a while, he continues: “This follower of Panathinaikos, this fan of rock ’n’ roll who used to travel around by motorcycle before being elected Prime Minister, became the hope of Greeks facing the disastrous effects of the austerity policies that had been imposed on their country.”

The secretary general’s “dithyramb” about Tsipras concludes: “Today he is a responsible head of government who has impressed Europe with negotiating skills that combine wisdom and principle. It’s no accident that Greeks rate his government higher than any other in recent years. Alexis Tsipras represents a Europeanism shared by those of us who understand that democracy on our continent has to be linked to sovereignty and social justice.”