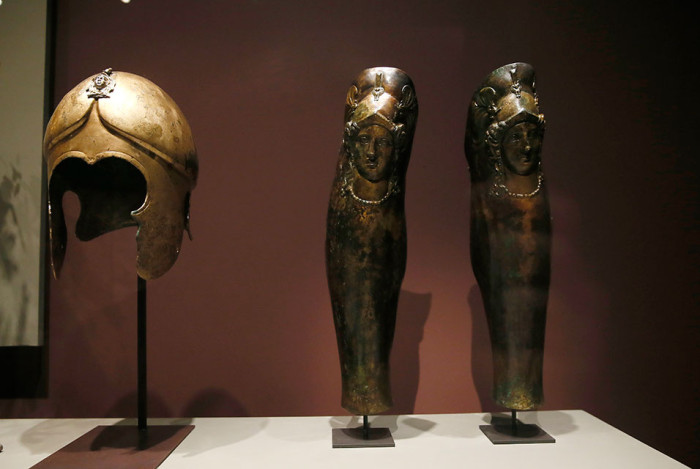 The Louvre Museum in Paris, France, is presenting a new exhibition featuring ancient Thracian artifacts, giving visitors a rare glimpse in the way of life and culture of the ancient civilization. The Thracians were a group of Indo-European tribes inhabiting a large area in Southeastern Europe.

The first historical record about the Thracians is found in the Iliad, where they are described as allies of the Trojans in the Trojan War against the Greeks. The ethnonym Thracian comes from Ancient Greek Thrax, while the toponym Thrace comes from Thraki. These forms are all exonyms as applied by the Greeks.

Some of the most notable Thracians include Orpheus, the mythical son of a Thracian king, and legendary gladiator Spartacus who led an uprising against Rome. Today, “ancient Thrace is most famous for its unique goldsmithing works”, Bulgarian exhibition commissioner Milena Tonkova told French news agency AFP.

The exhibition includes artifacts such as the Panagyurishte, a ritual beverage set made of 23-carat gold and consisting of a phial, an amphora, rhytons and drinking vessels, weighing a total of six kilos.

However, the exhibition will not be “the umpteenth exhibition in France about Thracian gold,” said Francoise Gaultier, Louvre’s Department of Greek, Etruscan, and Roman Antiquities director. “It will offer the general public an opportunity to gain broader insight into this culture.”

The collection of exhibits aims to show the ancient Thracians’ way of life through the tools they used to carve their masterpieces. Furthermore, it will also include replicas of four Thracian tombs discovered in Bulgaria.

“What we want to do is to present a historical and archaeological synthesis that allows us to go further, to give substance, and offers a global perspective on the history of the Odrysian kingdom from 479 to 278 BC,” said French archaeologist Alexandre Baralis.