Greek Prime Minister Alexis Tsipras ranks 13th in salary among the 21 heads of state of the European Council, according to a Eurostat survey.
The highest-paid top official in Europe is European Commission President Jean-Claude Juncker, while European Council President Donald Tusk comes second. The two officials receive 317,496 euros and 298,495 euros per year respectively. As far as country leaders, Luxembourg’s Xavier Bettel is paid 288,000 euros per year, followed by German Chancellor Angela Merkel at 250,000 euros per year and Belgium’s Charles Michel comes third at 212,064 euros per year. 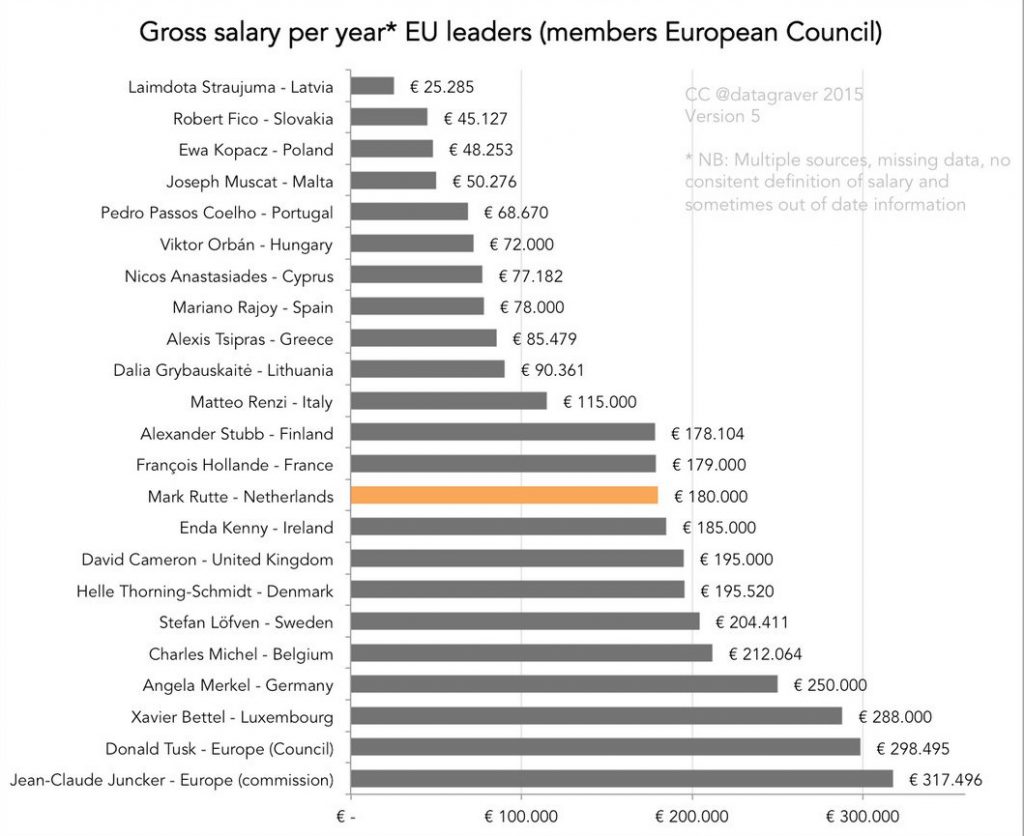 The Greek premier’s yearly salary is 85,479 euros and puts him in 13th place among country leaders. He earns more than his Spanish counterpart Mariano Rajoy (78,000 euros), Portugal’s Pedro Passos Coehlo (68,670 euros) and Cyprus’ President Nicos Anastasiades (77,182 euros), all leaders whose countries are in bailout programs.
The lowest-paid country leader in the EC is the Prime Minister of Latvia Laimdota Straujuma who only gets 25,285 euros per year for his services.