GRNews
GreekReporter.comGreek NewsEconomyEuropean Commission: No Deal Reached With Greece Yet, Talks Will Resume

European Commission: No Deal Reached With Greece Yet, Talks Will Resume 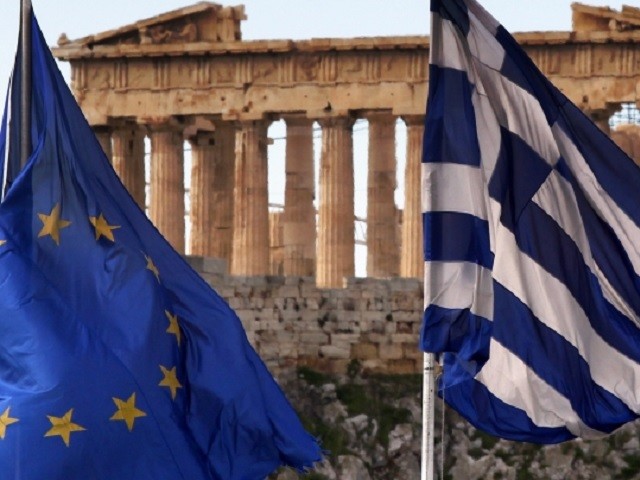 Talks between Greece and its international creditors have not been proven fruitful, although the negotiations are expected to continue, a European Commission representative said earlier today. “The constructive talks are ongoing since Friday but we are not there yet, so this is why the talks should continue. The Eurogroup working group will discuss the matter at its next meeting,” European Commission spokeswoman Mina Andreeva told reporters during a briefing on the matter. Furthermore, Andreeva explained that a Euro Working Group (EWG) meeting will be held tomorrow, providing the two sides with a first class opportunity to “take stock of the debate.”

In the meantime, the Greek officials participating in the process are returning to Athens. According to Greek media, government members appear optimistic ahead of the long lasting negotiations, estimating that both sides will finally find common ground and the country will be able to unlock the needed liquidity. At the same time, the discussions of the technical levels are ongoing and are expected to be wrapped up within the coming weekend.

On their behalf though, creditors share the view that no solution will be reached this week. Talking from Spain, where he met with Spanish Prime Minister Mariano Rajoy earlier today, European Council President Donald Tusk argued that a solution to the Greek front is not expected before the Catholic Easter, specifying that such agreement will occur at the end of April.

Moreover, according to Reuters, a source close to the talks said that the disruption of the process is not a sign of rupture but rather a proof of a slow but significant process in negotiations, which may, nevertheless, continue in Athens tomorrow. “The process of the Brussels Group has been completed,” the unnamed official said as cited by Reuters, noting however that significant steps have been made so far. “The technical teams will continue data collection in Athens,” the same source concluded.