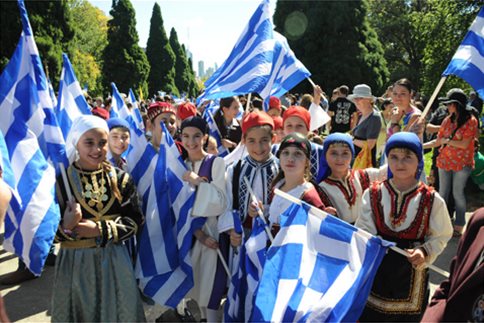 The Greek Shrine of Remembrance monument is considered “sacred” for Australians and the Greek Diaspora is the only migrant community that can organize parades due to the country’s special bond with Greece.

Greek ambassador to Australia Haris Dafaranos read messages from the President of the Hellenic Republic, Prokopis Pavlopoulos, and the Greek Foreign Minister, Nikos Kotzias, while the celebratory speech was delivered by the Consul General of Greece, Christina Simantirakis.

The National Day Celebration Committee general secretary, Kostas Kontis, thanked the Greek Diaspora, the schools and officials who participated in the celebration. After the parade, a wreath was laid at the War Memorial while a doxology took place in the Greek Orthodox Church of Agios Efstathios.