GRNews
GreekReporter.comGreek NewsEconomyFinancial Times: 'Greeks Are One Minute Away from Midnight'

Financial Times: 'Greeks Are One Minute Away from Midnight' 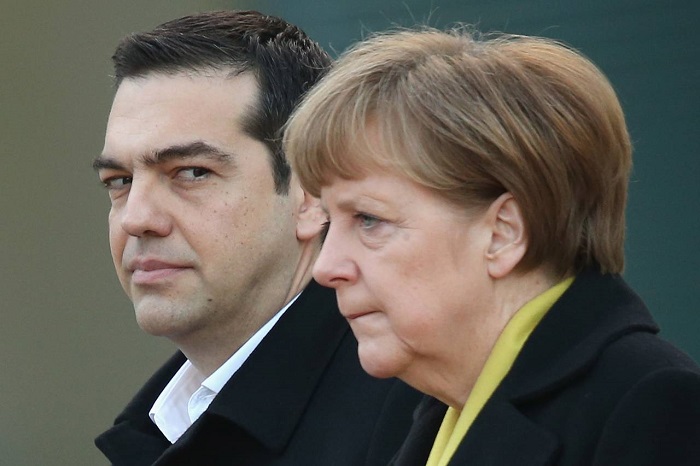 The Greek government is turning to the social security funds and Athens Metro in order to accommodate its debts and keep the country afloat, reported the Financial Times. “Athens faces a €1.7 billion bill for wages and pensions at the end of the month and then a €450 million loan payment to the International Monetary Fund on April 9. Greek government and Eurozone officials believe Athens does not have funds to cover both,” noted the report. In addition, the European Central Bank (ECB) has decided to tighten the knot in regards to the treasury bills issue.
Meanwhile, Eurozone officials hope that the meeting between Greek Prime Minister Alexis Tsipras and German Chancellor Angela Merkel will lead to an agreement regarding the reforms that Athens must impose in order to unlock the 7.2-billion-euro installment. Tsipras discussed the reforms with Merkel during their meeting on Monday, however the situation appears to be “moving slowly,” according to an official involved in the negotiations.
“Greek authorities have also been seeking €1.2 billion in funding that they believe was wrongly taken out of the country’s bank recapitalization fund by Eurozone authorities. But EU officials said a quick decision on the matter was unlikely and even if Athens was awarded the cash, it could only go toward bank rescues, not general government coffers,” noted the Financial Times.
“The Greeks are one minute away from midnight,” said Mujtaba Rahman, head of European analysis at Eurasia Group consultancy, according to the financial newspaper. “The government is at the edge of the precipice and may well go over.”
So far, the Greek government has accumulated 600 million euros from public-owned corporations, such as the Athens Metro, the Public Power Corporation (PPC) and the Athens Water Department. Furthermore, another 300 million euros were rounded up from EU farmers’ subsidies, which were used to pay salaries of public sector employees.
EU officials claim that if Athens fails to pay the April installment to the International Monetary Fund, the result will not be devastating, since a non-payment does not automatically lead to bankruptcy, although it will prevent Greece from accessing further funding from the institution.