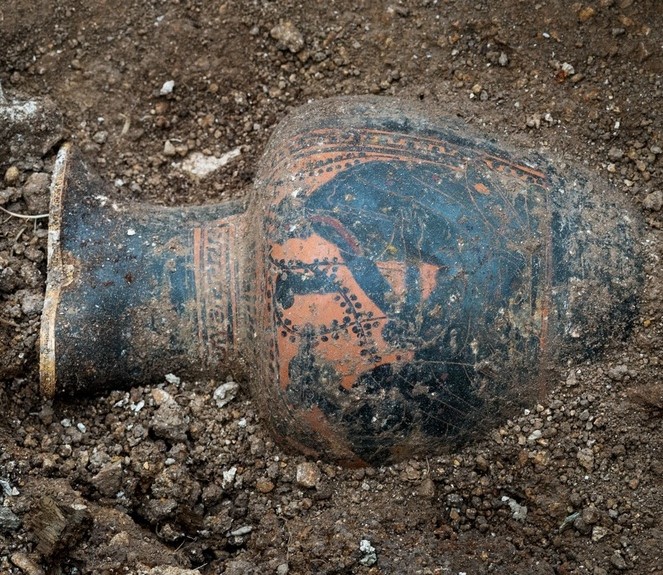 National Institute of Preventive Archaeological Research (INRAP) archaeologists unearthed the tomb of an ancient Celtic ruler in Lavau, France. They were surprised to find an ancient Greek wine jug – decorated with images of Greek god Dionysus – buried in the tomb along with the prince.

“The ancient princely tomb, which was discovered in a large burial mound, was filled with stunning grave goods, including gorgeous pots and a gold-tipped drinking vessel. The giant jug was decorated with images of the Greek god of wine and revelry, and was probably made by Greek or Etruscan artists,” reported Live Science.

The Celtic tomb was found in the Lavau area, along with three more tombs dating back to around 500 B.C., however, it appears that this specific tomb in “younger” than the rest. According to Live Science, foreigner burials in France used to be quite common because merchants came to the area hoping to open up trade routes in the area.

The ancient Greek wine jug that was found buried in the tomb depicted Dionysus enjoying some female company under a vine, a picture that is common in Greek iconography. Furthermore, archaeologists noted that the bottom is lined with gold designs.