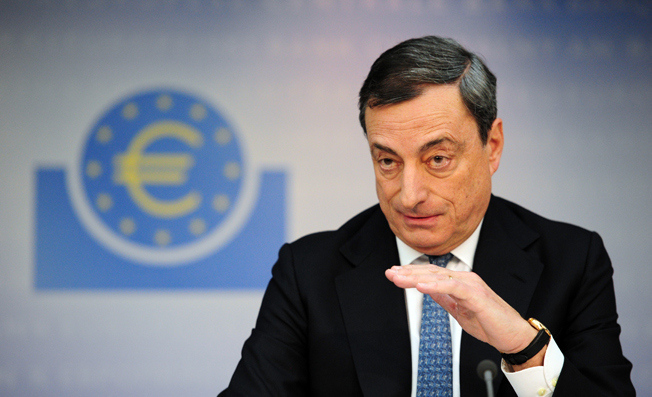 The European Central Bank (ECB) greenlit funding for Greek banks amounting to 68.8 billion euros via the Emergency Liquidity Assistance (ELA) support mechanism. ECB’s 25-member board of directors, which held a meeting in Nicosia, Cyprus, decided to increase Greece’s funding by only 500 million euros, due to the continuous deposits outflow from Greek banks.

According to Greek statistics, the country’s bank deposits dropped by some 16 billion euros between December 2014, when the early presidential ballot was announced by former Prime Minister Antonis Samaras, and the following January 25 general elections. So far there are no statistics available for February 2015, although it is estimated that an additional 6 billion euros have also been withdrawn from Greek banks, with analysts expressing fears that the outflow is even higher. As the four systemic banks’ officials indicate, it will take time to repatriate those deposits.

“ELA is a decision of the National Bank of Greece, to which the governing council could object with a strong majority if some conditions are not in place. ELA can only be given to solvent banks with adequate collateral,” ECB President Mario Draghi explained, adding that “a lot has been done by Greece to strengthen its banking system. It is absolutely essential that this solvency be maintained. That is the precondition for ELA.” Furthermore, as he explained during a press conference held at the end of the meeting, “the most important thing we can do today is preserve the solvency of the Greek banking system. ECB has also asked the Eurogroup that the 10 billion-euro recapitalization be readily available in case of any negative contingency.”

Asked whether the Greek banks are safe, the ECB President repeated that the Central Bank has lent 68% of Greece’s GDP to the country. Flexibility will return to Greece within “the contract the Greek government defines with the other members,” he said, arguing that the last thing one could say is that the ECB is not supporting Athens.

However, in a clear reference to Greece, Draghi said that high structural unemployment and low growth in certain Eurozone member-states was “no grounds for complacency,” urging that structural reforms needed to be implemented. “The ECB is a rule-based institution. It is not a political institution,” he pointed out.

At the same time, the ECB has raised this year’s Eurozone growth forecast to 1.5%, up from 1% previously, while Draghi underlined economic growth in the single currency would strengthen slowly to reach 2.1% by 2017. Moreover, the scheme confirmed the basis of its Quantitative Easing (QE) plans, first presented in January, which will inject at least 1.1 trillion euros into the Eurozone economy by purchasing approximately 60 billion of assets per month, starting from next week until September 2016. “On March 9, 2015, we will start purchasing euro-dominated public sector securities in the secondary market,” Draghi said, concluding that “we will also continue to purchase asset-backed securities and covered bonds, which we started last year.”

The Euro had earlier fallen to an 11-year low against the dollar at 1.1026, its lowest since September 2003, before slightly improving later on during the day.